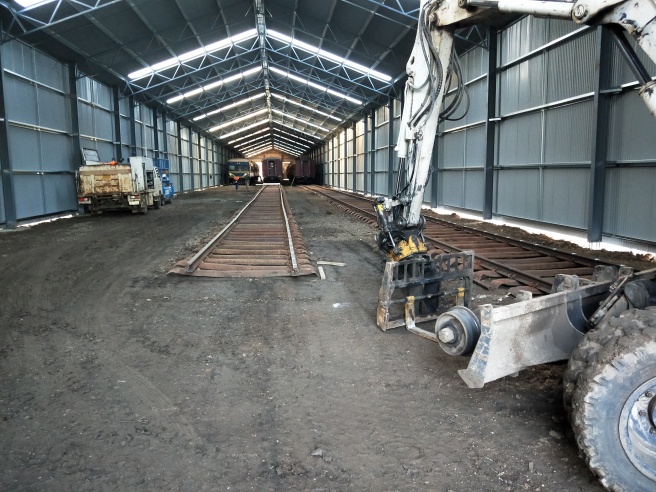 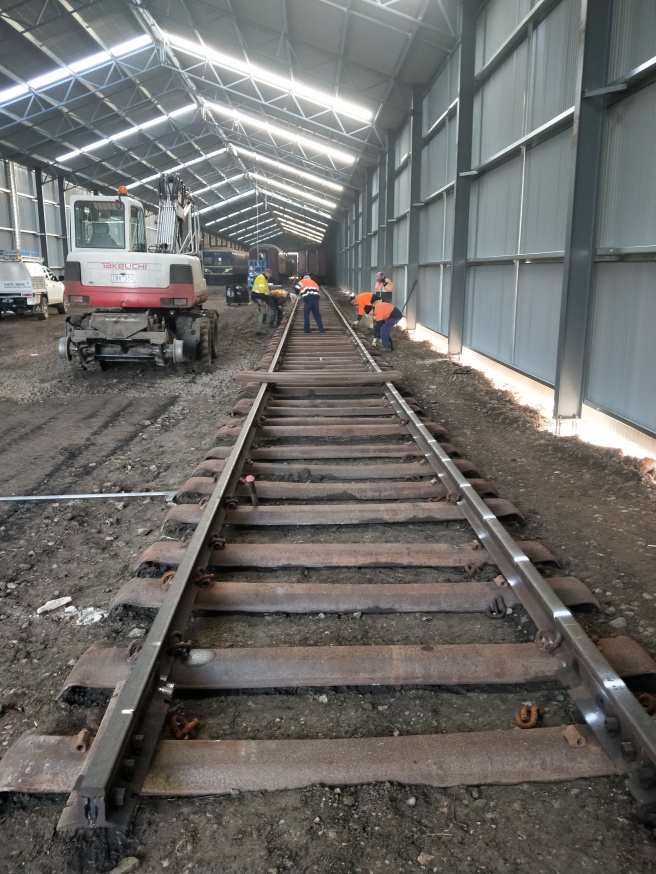 We began by completing all the clipping up on 3 siding, a job which although fairly quick was quite an effort in the freezing cold of this morning.

Only one timber sleeper was required to complete these works and this was drilled and spiked while we were there. 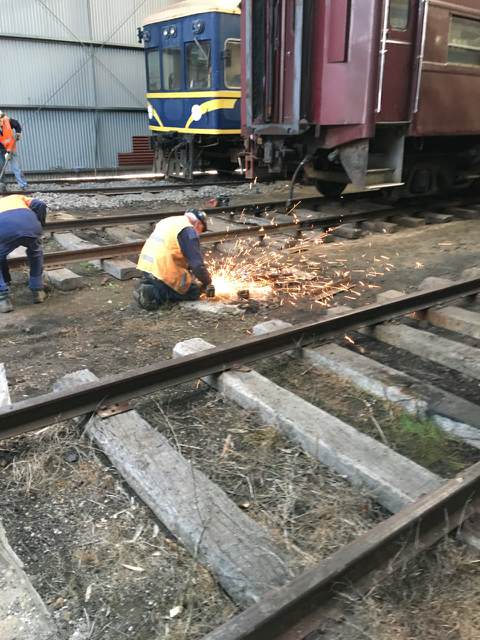 The old end wall supports still had a fair amount of bolt sticking out of the concrete so they were trimmed to remove the tripping hazard. While we were there we undertook a lot of tidying and cleaning up, to make the shed more navigatable.

Again we seemed to achieve mountains of work after lunch, with all of 4 siding dragged in and laid out with all the lugs installed.

The rails were then lifted on as gently as possible so as not to move the well placed sleepers.

By day’s end we’d managed to completely align and seat the rail on all of the 91 steel sleepers dropped out and even clipped up the whole east leg! Leaving only a small amount of work for Tuesday.

A pretty good effort for really only a day and a half of work!

Next week we’ll be back on site Tuesday to complete the rest of this track and begin work on getting 3 road re-connected to the existing track. Meeting Castlemaine from 8am.