Well we’d planned on spending a few hours finishing off from yesterday and heading out on the track tamping….

But that didn’t quite work out.

We blew a hose on the excavator, which largely rendered it unless! But a plan was deviced and it was fixed within a couple of hours. 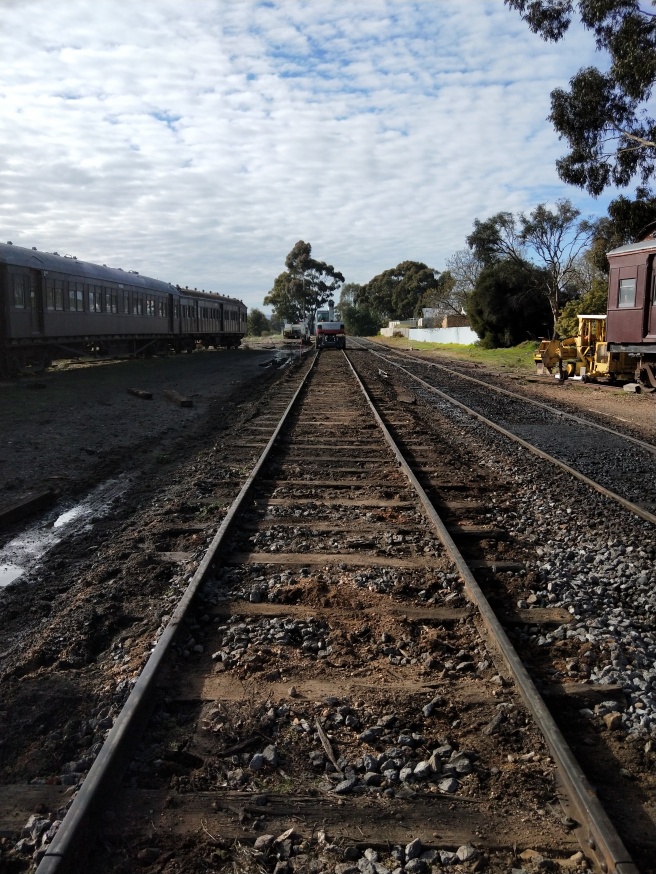 In the meantime we sent the gang onto boxing up and cleaning out a drain at the UP end of two road that was obviously blocked.

After digging and digging with shovels no drain was found, but we all knew it was there somewhere. Lucky the digger came back on line around this time so some heavy duty digging was undertaken. 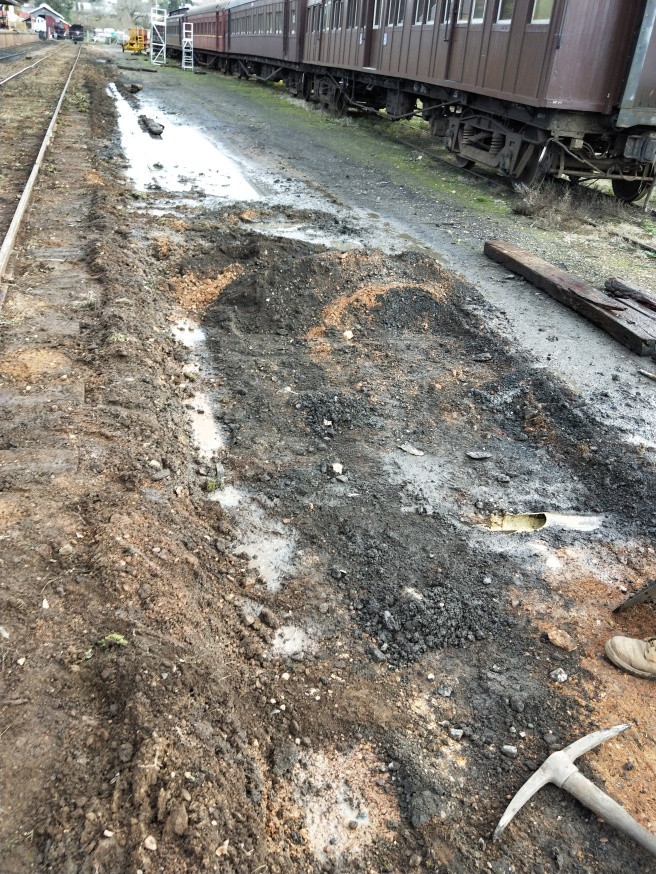 We found it, and broke it! Thankfully we only snapped the end off so no big issue. You can see the puddle which had formed, which had been causing that whole end of the yard to become water logged, an issue which became very obvious as we continued. 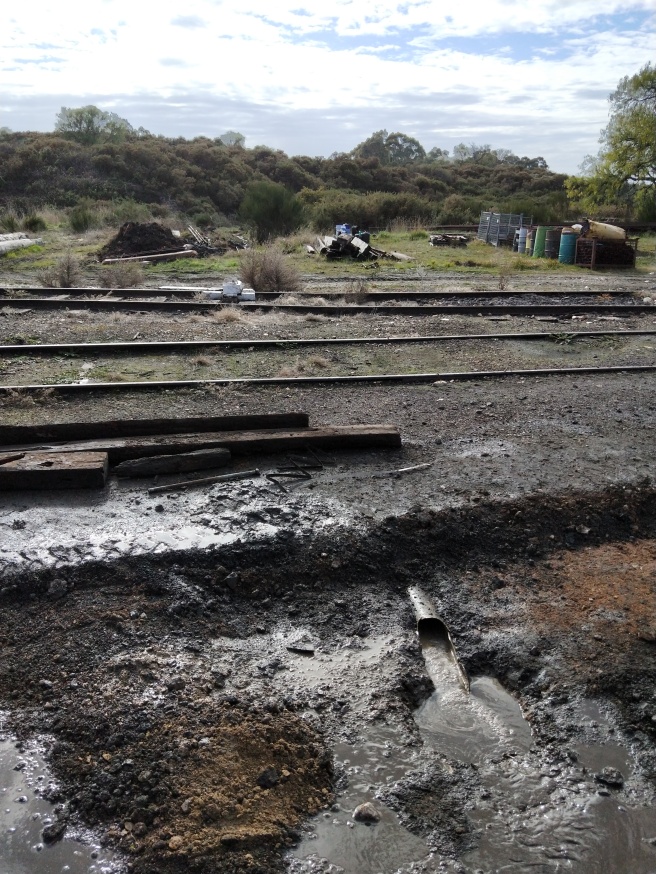 We turned our attentions to where this drain actually led.. That mystery was almost as bad as the first, with the outlet buried under 2 feet of fill.

This was cleaned out along with the drain past it, visible by the trickle of water in the background. Once we found it and flushed out the pipe the drain began to do its job. 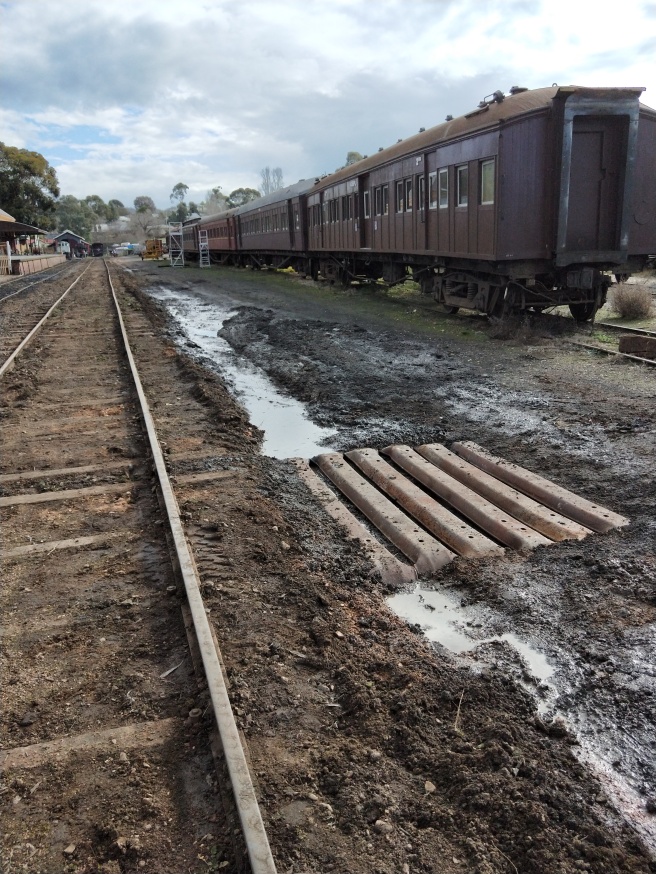 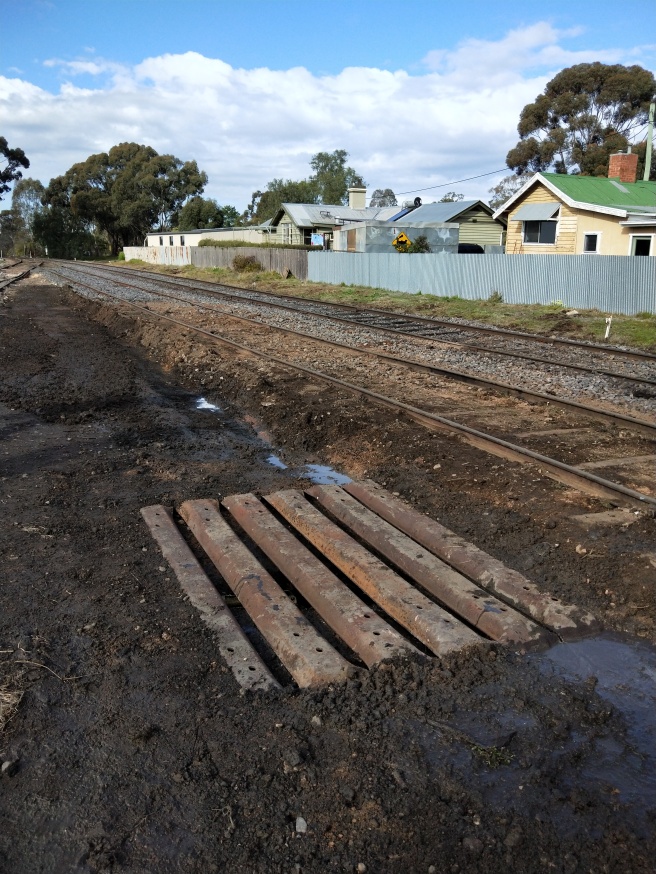 A grating of steel sleepers was placed over the pipe to ensure it didn’t block up again, eventually we’ll come up with a permanent solution and get the sleepers back, a job for a drier time we decided.

After this success we turned our attention to the drains along 1 road. 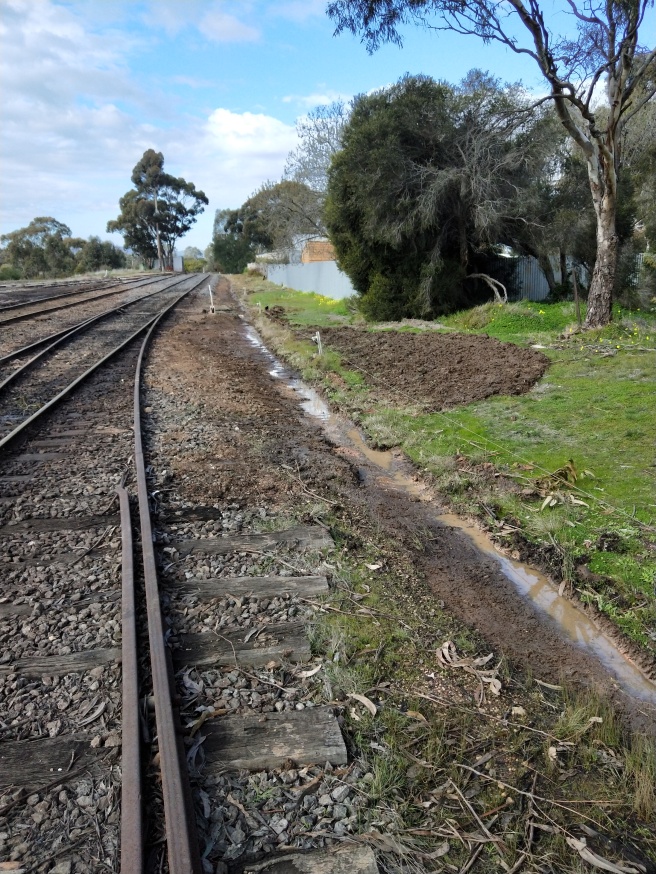 These had been long silted up, which was causing a big issue. This drain takes away the outflow from a sump pump installed some years back to remove water from along the platform track, but the pump had been disconnected and it’s power supply removed. We reinstated the power supply and amazingly it still works.

As such it appears that between the pump not working and the drains not flowing, the track was sitting in water to about 1 inch up the sleepers. 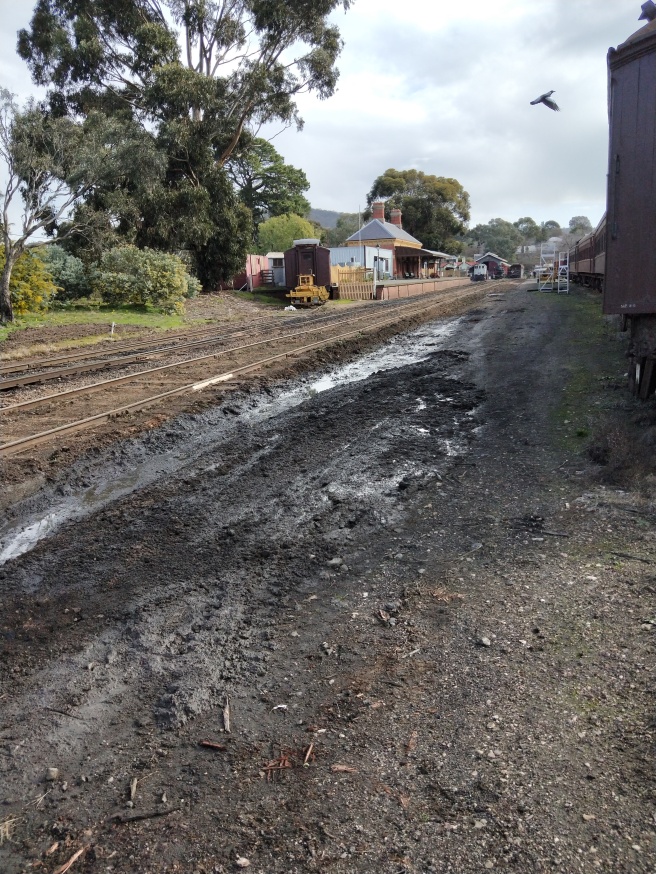 This pic is after about half an hour of the drains and sump pump running, you can see just how much water was leeching out from the trackbed, it was all just floating, quite literally. We’d suspected it was bad yesterday when we tried to tamp in this area and didn’t received great results.

These seemingly little jobs have a big impact on the permanent way, so hopefully over the coming weeks the track will begin to dry out and it’ll prevent it sinking back to where it was before.