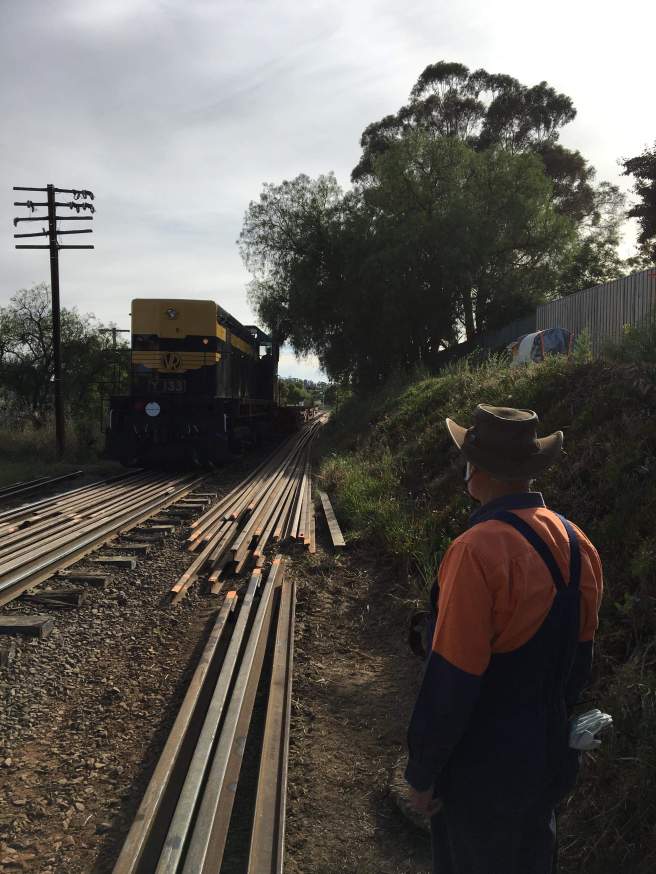 Well after literally months of recovery works, we’ve finally got the rail train in full swing, with an enormous amount of rail loaded up and dropped on the track today.

We have perfected the loading method now, being able to load 32 rails in about an hour, which is a lot of rail. The train in theory takes 36, but the reality of stacking 36 perfectly just wasn’t worth the extra 4 rails.

The refined method consists of the big digger lifting a rail end high enough to clear the wagons.

The train is then moved back under the elevated rail. We have the little digger on hand on the track to help guide the rail if needed and to ensure the rail isn’t able to bounce around, it’s main purpose is to get the next rail ready for the big digger. The best bit here is the rail doesn’t move so the diggers can maintain absolute control of where it goes, while the train is just eased back at crawling speed should it need to be stopped for any reason.

The method worked extremely well and most importantly there isn’t anyone at any point required to get in any danger zone. All operators and lookouts are safely located in diggers and loco cabs, in constant radio contact. It was poetry in motion, the precision and ease with which we managed to load the train, something we were very proud of. 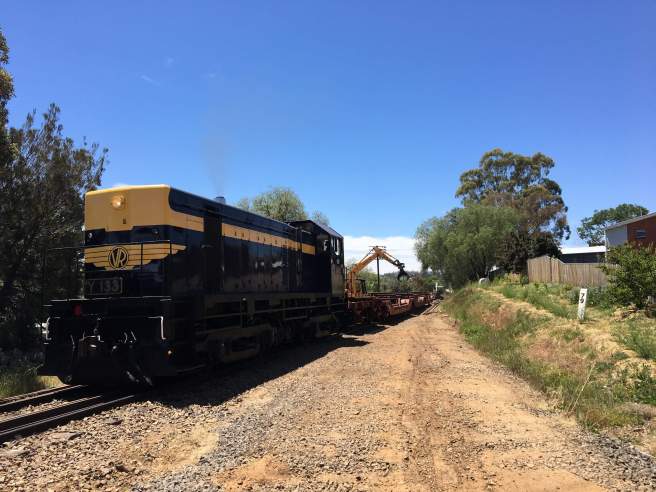 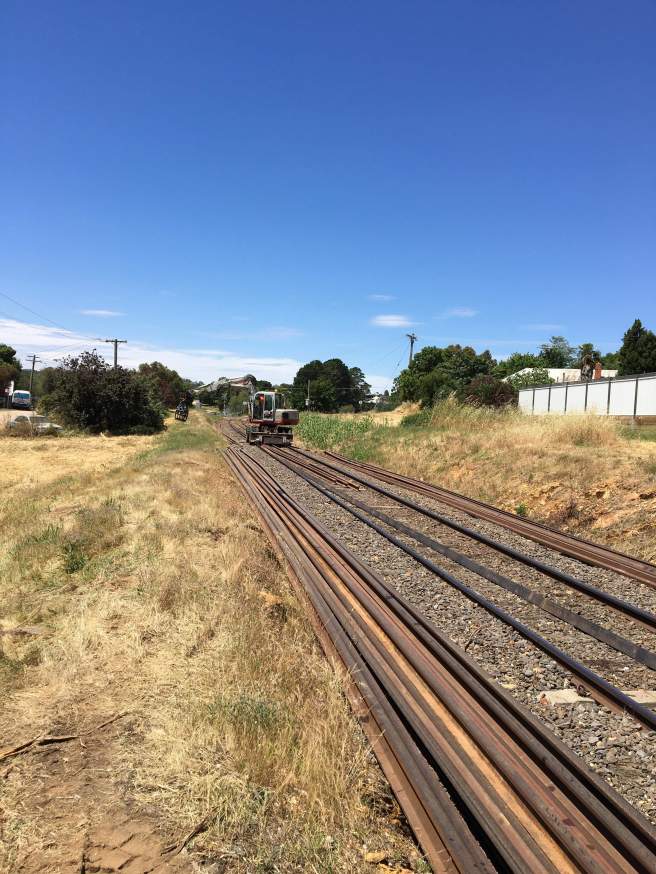 A few more pics of things in action, just cause we can.

But more importantly we managed to discharge around 1200m of rail on our track, amazing when compared with the 300m we were typically achieving with the shorter length rails in the Maldon – Muck section.

We began discharging on the UP side of Winters Flat Bridge (skipped the bridge itself, we’ll stack them nearby lineside until were ready to do that section), and after two trains and a group of very hot and sweaty gang members gave up for today about 300 on the down side of Rifle Range Bridge – a lot of rail!

The big digger is perfectly at home discharge these long rails from the wagon end, the machine has just that bit more power than the little one, enabling perfect placement of the rail straight off the train. Interestingly, discharging takes about the same time as loading, as the travelling and stopping and tweaking and repeating soon adds up, but still no time at all compared with the rest of the project!

It was a successful day and tomorrow we’ll do it all again. Meeting at Maldon Junction from 8.30am.