It was a day of odd jobs along the railway, involving removing kinks and dips. The first was a significant kink in our otherwise very nice curve 16. The worst was between the two rocks sitting on the rail seen above. 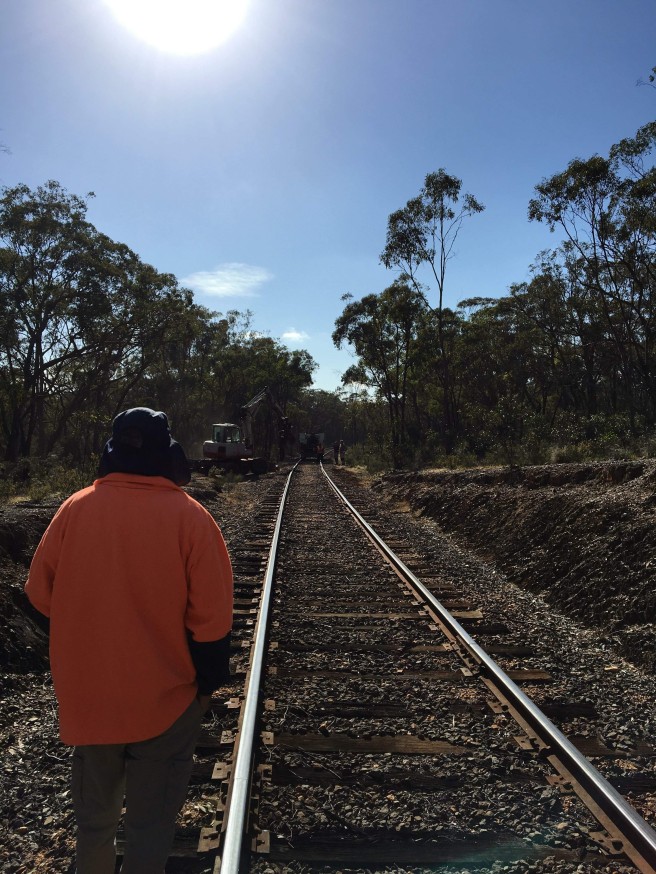 Under Mick’s careful eye the kink was removed, greatly improving the curve. 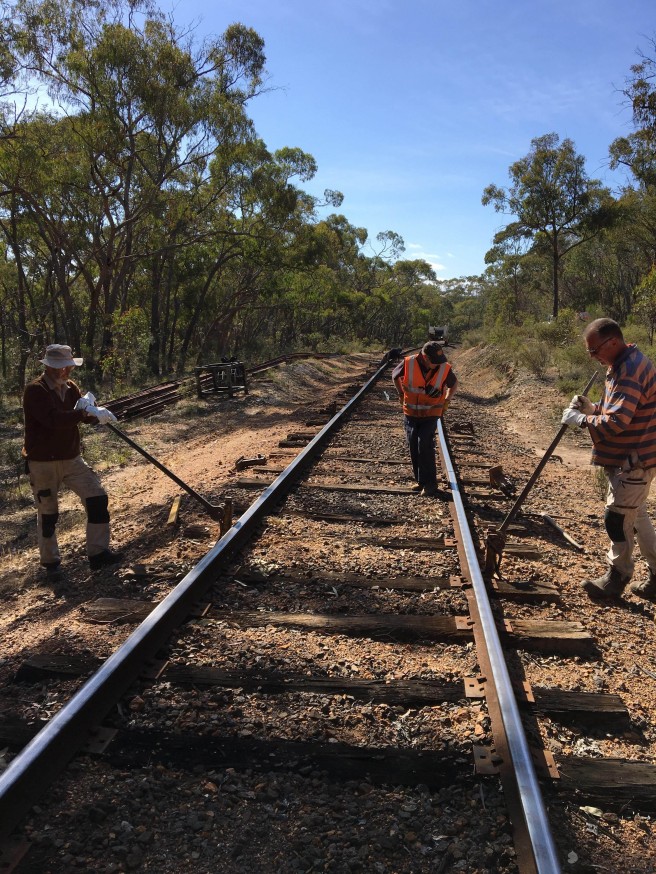 Most of the day was correcting dips and odd track geometry at the most obvious locations along the line (based on ride quality). The hardest part of all this work is often working out when to stop…. we could easily spend the next 2 years doing nothing but jacking and packing! But that alone isn’t going to ensure we maintain a strong and safe track. 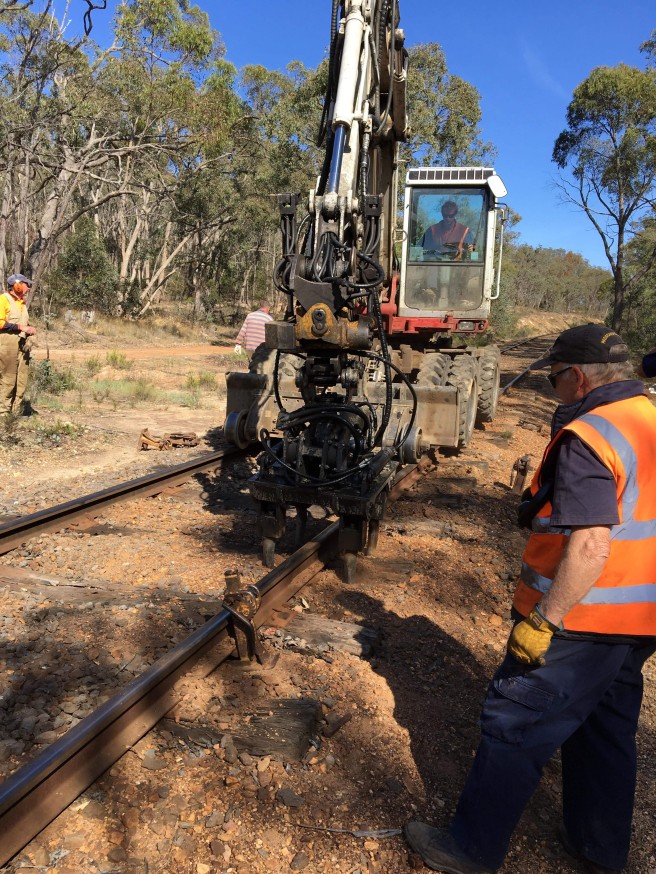 The hardest part of this job is lugging around the jacks, which seem to become very heavy by the end of the day. 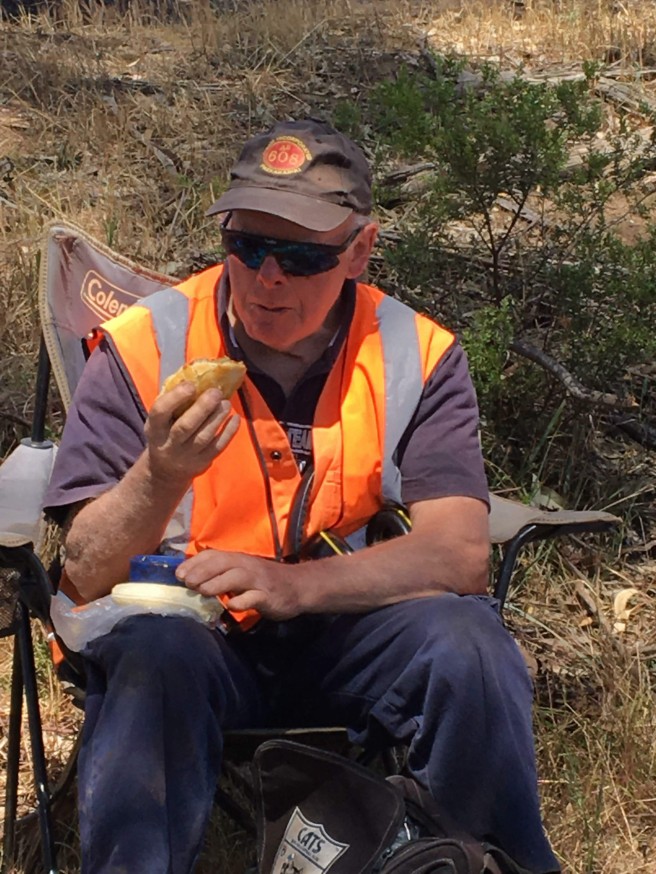 It’s the time of year where at smoko we are constantly on the search for good shade – it can be harder than it sounds at times. Today’s culinary delight for Mel included home-cooked pasty with chutney, eaten in tandem with a Banana. An interesting choice and one which certainly gave us something to discuss.

Once lunch had finally run it’s course, the next job was installing a few metal biscuits on some of the concrete sleepers installed in tangent 12-13. We haven’t been installing outer biscuits on the straights generally, however a small patch (probably a poor batch when installed back in 2002-2003) of timber sleepers were starting to show a lack of gauge holding ability.

So to sturdy things up and ensure we maintain gauge until we can re-rail and re-sleeper this section, we have installed our trusty metal biscuits into the concrete sleepers, which are still proving to be a complete success.

We rounded out the day with a bit more tamping, fixing issues around mud holes, rabbit warrens and settling near Winters Flat Bridge. It was a very successful day, tending to lots of little jobs.

Tomorrow will be an action packed day of works trains, with various things requiring moving around the railway for upcoming works. We’ll be leaving Maldon around 8.30 – 9am and you’re most welcome to join us, we hope to be back around early afternoon but it just depends how much fun we have!