Today saw massive leap forward for tangent 15-16. The plan 33 80lb rails are now in place, spiked 1 in 3 and well on track to be completed comfortably tomorrow.

It was all undertaken in the usual methods, with no new or exciting tricks, however a few more hands were around making the work a bit easier. Here the gang is busy removing the last of the dog screws to allow the 60lb to be removed.

The bolting up crew was well able to keep up with the progress today, only having to do every third joint, the mid week bolting really speeds up the job. 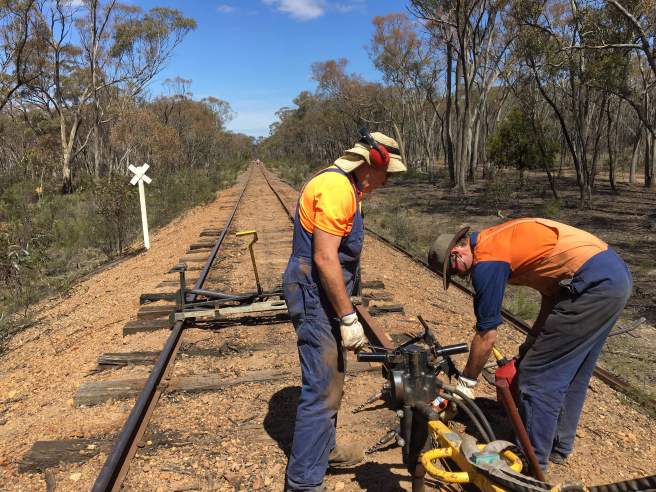 Here Will and Clive are setting the gauge and preparing the drilling and spiking gear after afternoon tea. Most of the progress always seems to happen late in the afternoon, mainly because the fiddly jobs are all finished and the team can focus on the major task. 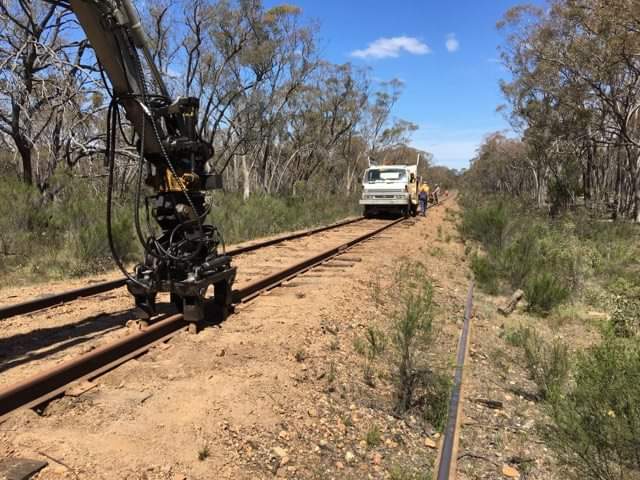 We even had enough hands to free up the excavator for tamping, saving a lot of time tomorrow. 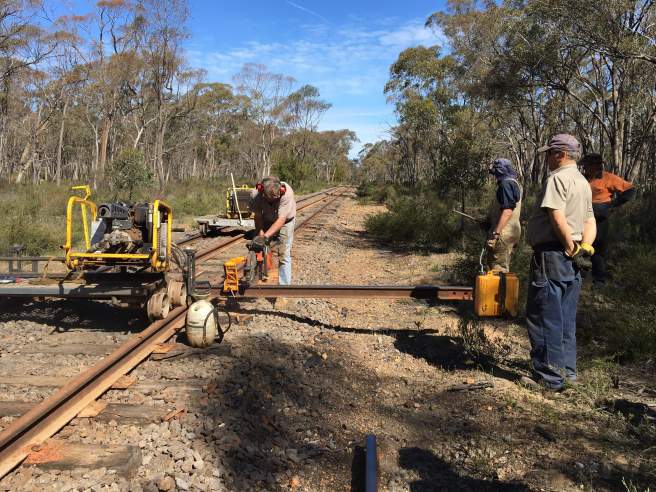 Last job was the cutting of the closure rail at the end of the job. Angled like this to direct the cutting sparks away from the dry bush land. While the gang looks on as Mick does the honours. 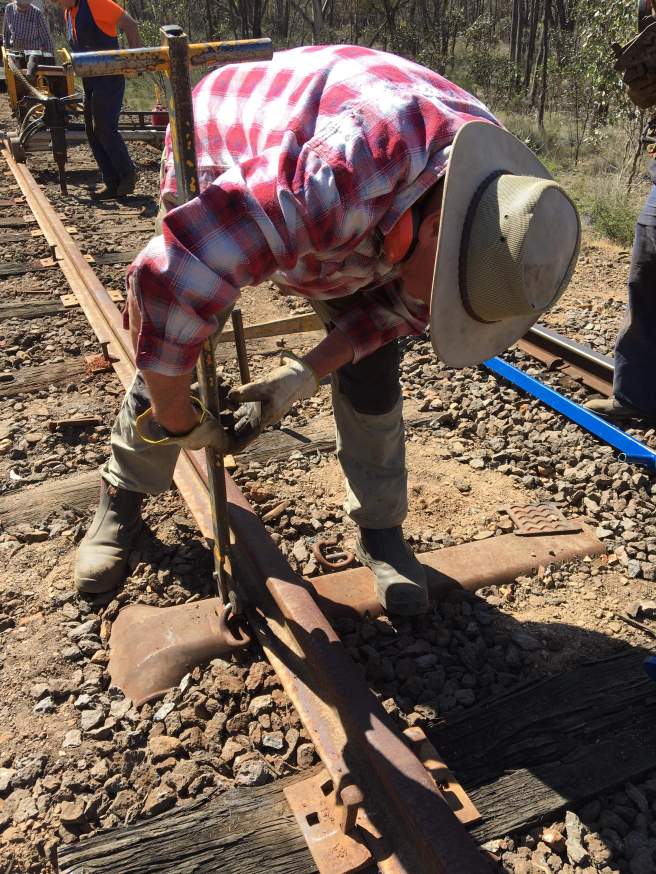 This section is quite abundant with steel sleepers, all these were clipped this afternoon, with Norm, Bruce and Mal having it down to a fine art.

Right toward to days end we broke into two teams, drilling the 1 in 3 pattern, again accelerating progress.

While Clive had the job of trying to keep the spiking up to the two crews! 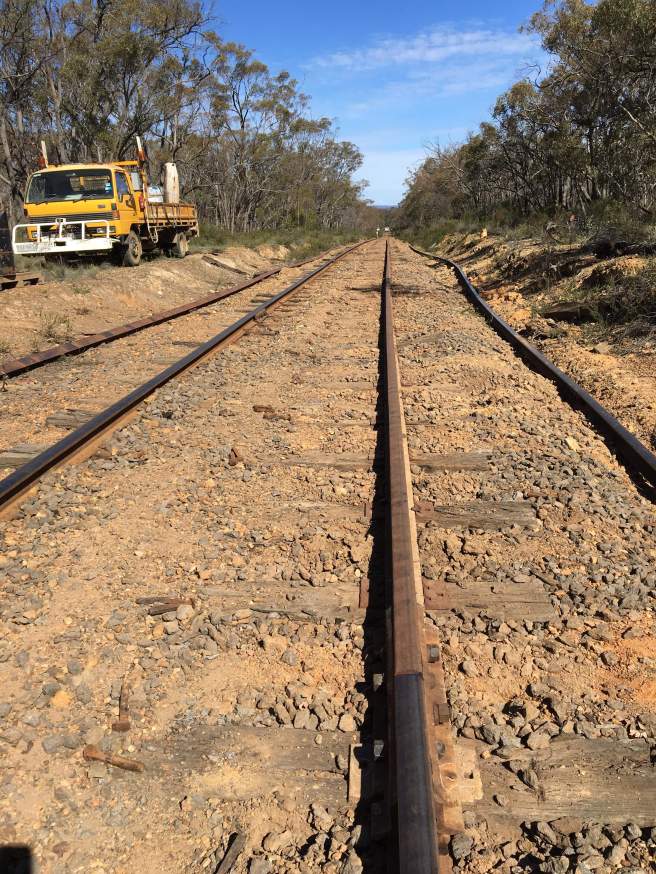 By day’s end we were all exhausted, dusty and wondering if it’s was all worth it, but upon standing back to admire our hard work, everyone seemed very proud of their efforts and rightly so.

It looks brilliant and by all accounts knocks off another big chunk of the re-railing program.

We’ll be out again tomorrow and any extra hands would be extremely welcome. Maldon from 8am or site from 8.45am.