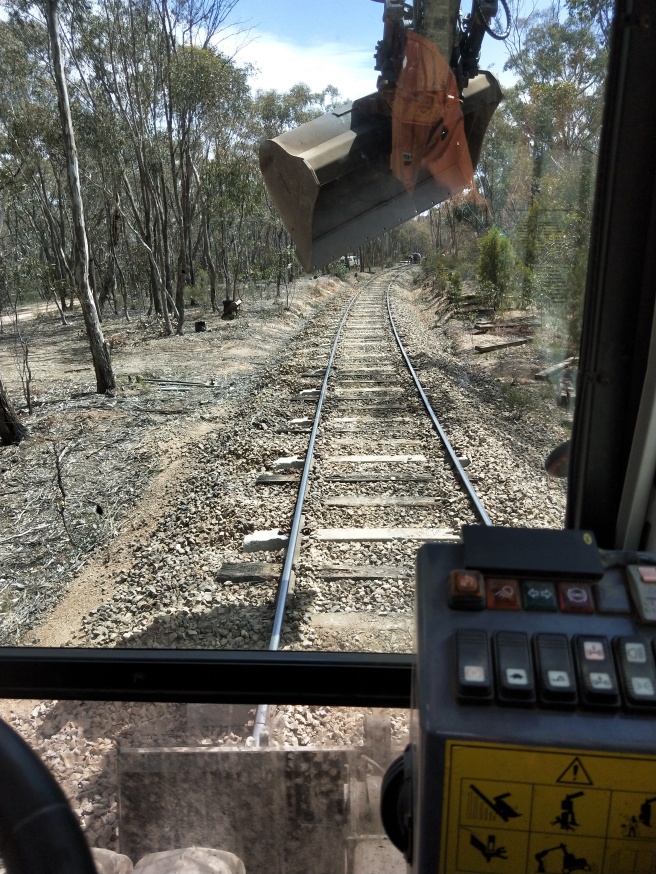 Today saw the bulk of curve 9 completed with 1 in 3 concrete sleeper replacements. Previously 56 sleepers were installed and after today an addition 80 are in. It was a hot day, but as always the gang soldiered through, completing an astounding amount of work.

A small gang of 4 on Tuesday saw 33 of the 80 inserted and half fastened down. Tuesday also saw the screws removed from all 80, greatly speeding things up today. Here Bruce and Clive survey Tuesday’s works.

The same 50mm lift as undertaken previously was also done, using the tamper to lift the rail from the unfastened sleeper, supported by a wooden block then tamping of the adjacent sleepers to hold it up. 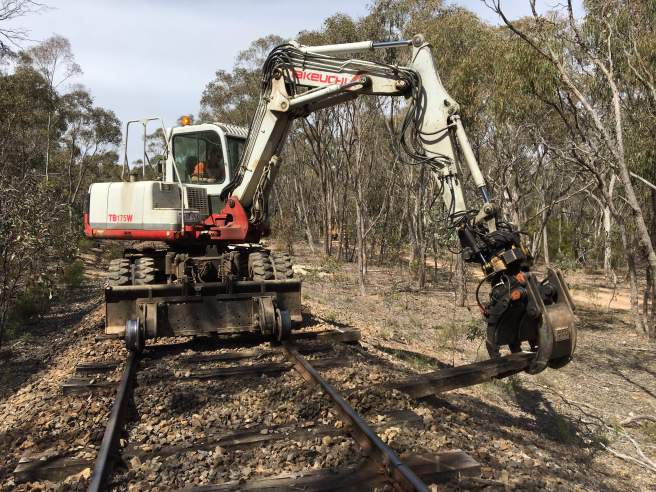 One the lift was complete, removing the old timber is a rapid process, taking only around 30 seconds per sleeper.

The scarifier then worked it’s magic, cleaning out the trench for the replacement concretes.

Inserting the concretes is now a bit easier with our modified timber sleeper grab. It’s had the jaws removed and replaced with flat steel plates, it puts a good use to a tool that hasn’t been touched since we got the big grabs!

The grab, being much smaller allows for more delicate placing and adjustment of the sleeper, it’s also slightly more delicate on the concrete.

The usual array of tools were then used to fasten up the sleepers, as per the same method used previously. The gang has really got the swing of it now, racing through the job. 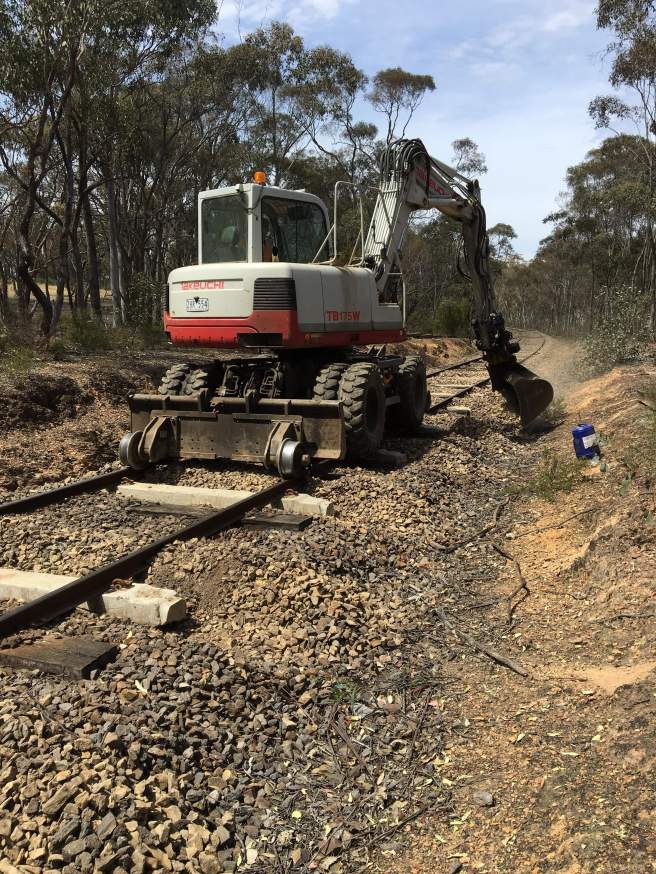 Some tidying up with bucket and a tamp right through the section has it looking absolutely marvellous. 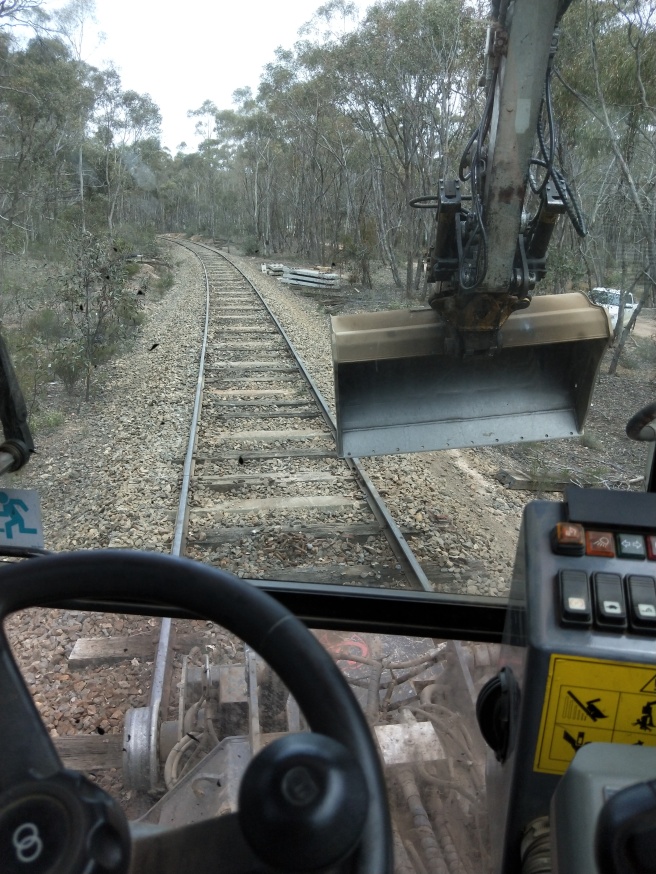 We’re extremely proud of our efforts in today’s really quite uncomfortable heat, around 35 degrees.

We’ve only got 27 left to install at the UP end of the curve, which will be tomorrows job.

With that we’ll have completed our first curve with concrete sleepers at this spacing. It means big things for ongoing works and maintenance, as there will be around 160 sleepers here that won’t be needing cyclic replacements.! That’ll really start adding up once all the curves are done.

Join us at Maldon from 8am tomorrow or out on site from 8.45am to check out the works for yourself.