But first a quick notice about a change of plans.

We’d previously planned to replace sleepers between Castlemaine and Rowe Street this coming Friday, Saturday and Monday. This has had to be cancelled due to some unforeseen circumstances.

We will still be holding workdays on Friday and Monday (NOT Saturday), but they will be in Castlemaine yard instead, doing various jobs around the yard.

Anyhow, today was quite successful with around 30 sleepers replaced in 3 and 4 roads Castlemaine. 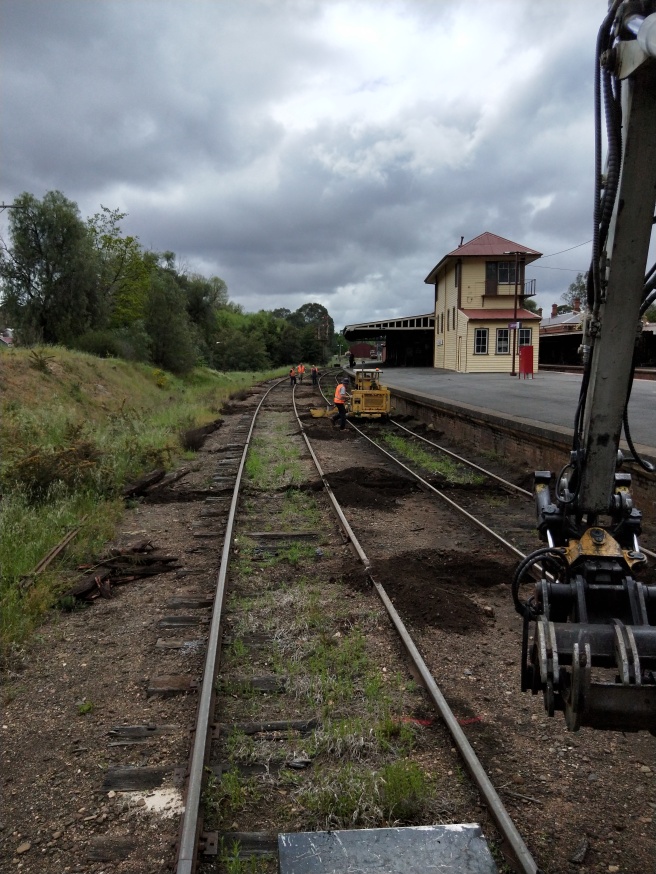 Here the scarifier is seen cleaning out the trenches in 3 road.

Installing sleeper plates before tamping up the timber to speed up the drilling and spiking. 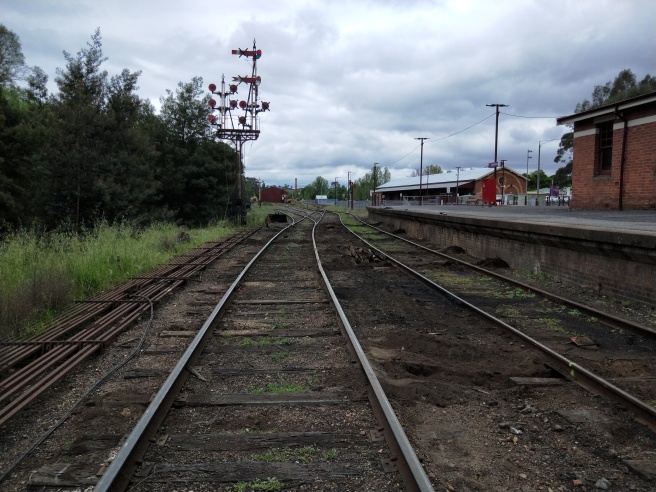 Today’s activites were restricted to the platform, tomorrow will be a few more along the platform and out along the turntable road. 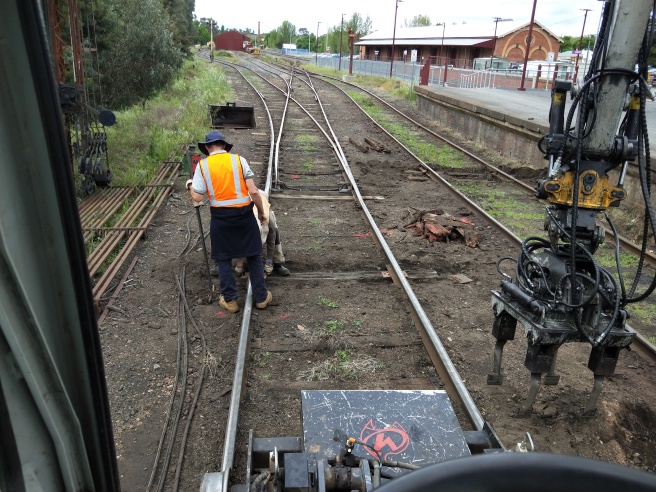 Tony and Rolf installing the last of the sleeper plates. 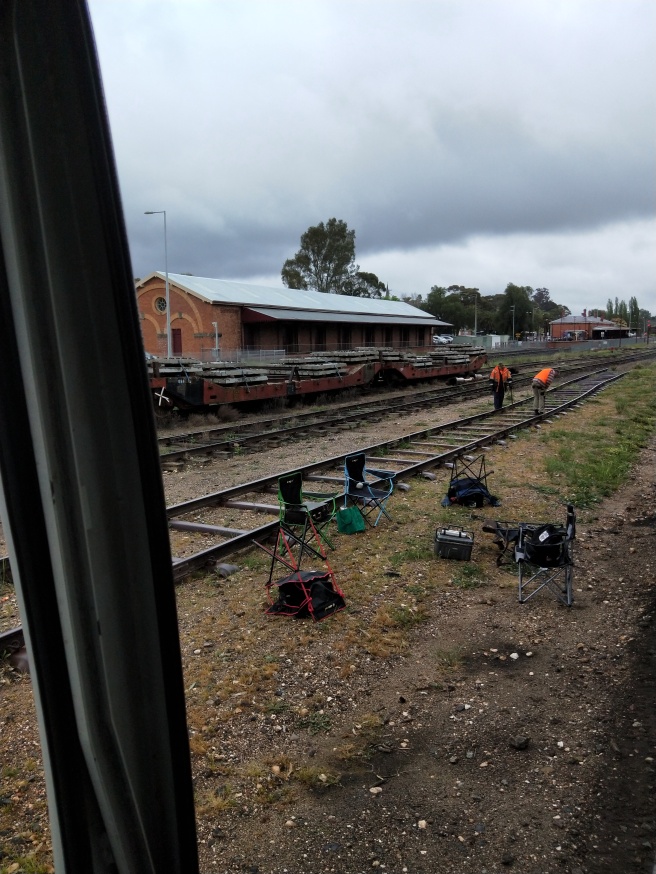 We also made use of a few extra hands to unfasten some of steel sleepers used in 5 siding, we’ll make better use of these under the running line over the next few weeks.

You’ll notice we have two loaded wagons of concrete sleepers ready for the now postponed works. But not to worry we’ll deploy these at an alternative site over the coming weeks.