No sooner is one section finished than the next is started.

Today involved removing the old jewellery from last week’s works, scraping clear the 5 foot for rails as well as dropping rails out. 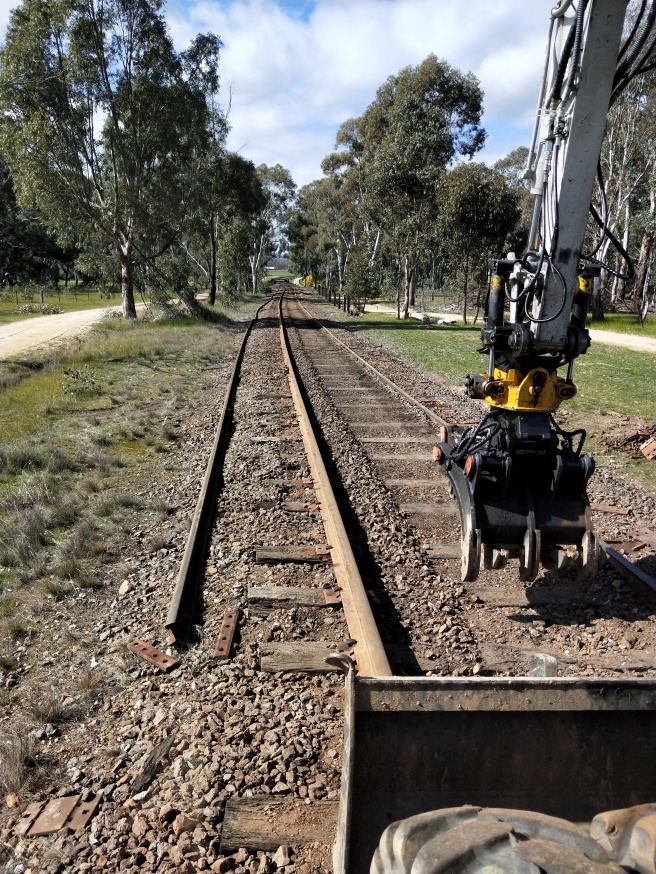 Here with jewellery collected and rock scraped aside, the excavator awaits the arrival of a train, with a wagon of rails attached!

The Y was out on a driver experience trip today, so the opportunity was taken for them to collect the rail wagon at Muckleford and propel it back to the worksite.

After dropping off the wagons (the 2nd was just because it got in the way!) the train departs for Castlemaine.

The rails being dragged off the wagons using the grabs, we’ve discovered that by sliding the rails almost off the wagon, lowering one end then lifting it off with the grabs allows us to lower the rails without dropping them, preventing damaged to them, the track or anything else likely to be in the firing line! 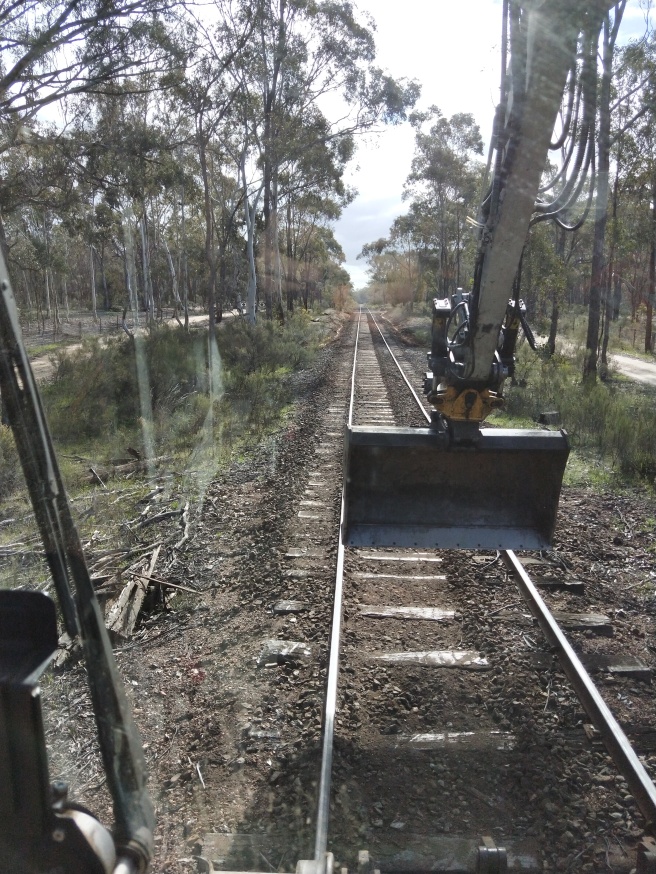 After the wagons had been put away by the returning train and it had run through to Maldon, the next section to be re-railed was scraped ready to receive its new rails.

This is just around the corner from the current works, in tangent 15-16 near Donkey Farm Track. This section has incredibly crippled (permanently bent) rail joints so is a high priority for new rails. 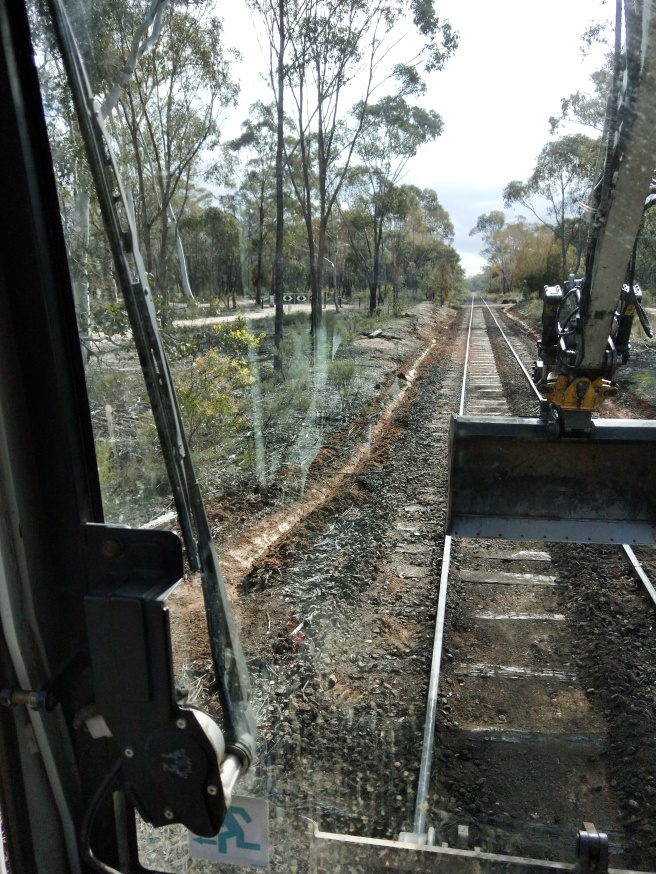 While out with the bucket the drains recieved a scrape too, they weren’t too bad but as always prevention is better than a cure.

We’ll be out with a crew again tomorrow, bolting up those rails distributed today. Meet us at Maldon from 8 or out on site from 8.30.