Today was a mixed bag, very quick preparation in the morning followed by some re-sleepering in the arvo.

Before we kicked off today, same place as yesterday, we drove out the gear ready to bolt up the rails dropped out.

We had four of us today, so the bolting up took no time at all. Using two rattle guns and the truck as a work platform, we’d bolted up 12 joints by morning tea! 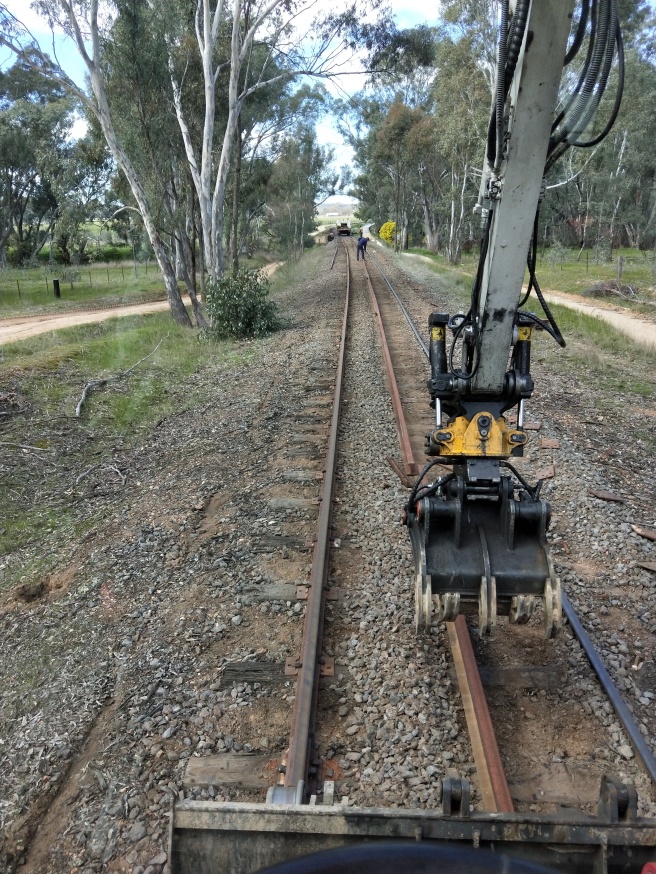 Again we bolted them into strings of 3, to allow moving later on if required. Here we have the bolting completed and we’re moving strings into their approximate locations.

A job we normally don’t get time to do in the preparation is clearing rocks and debris from around the dog spikes, this is needed to give access when removal of the fastenings.

Some hand shovel work with a quick blow from the blower was undertaken and should free up a couple of people on job day!

After lunch we tended a patch of poor sleepers discovered last week, they were hanging in there but the recent rains have seen to their failure.

The 3 sleepers above (the ones without spikes for plates) we’re the problems and as they’re on a curve, we thought we would test out some more concretes. 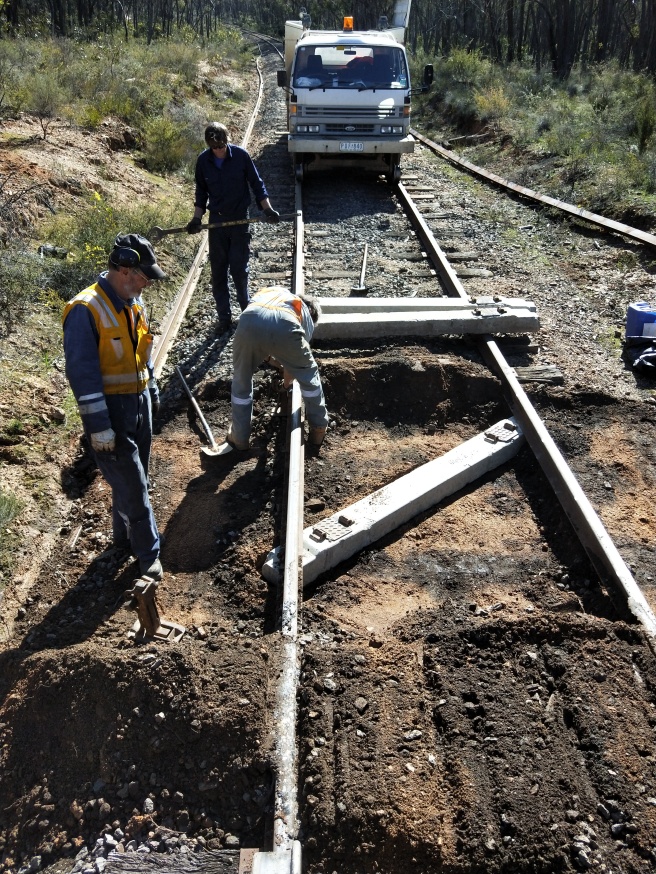 We used a different method again here! Digging out the old timber and scraping away the ballast of all 3 sleepers.

As the concretes are a long term solution, we want to get them right first time, as such we measured the exactly locations for the sleepers and discovered where there was 3, there should have been 4. So 4 were installed.

We placed all 4 in between the rails parallel with them, then while jacking the rails, the sleepers were rotated into position. 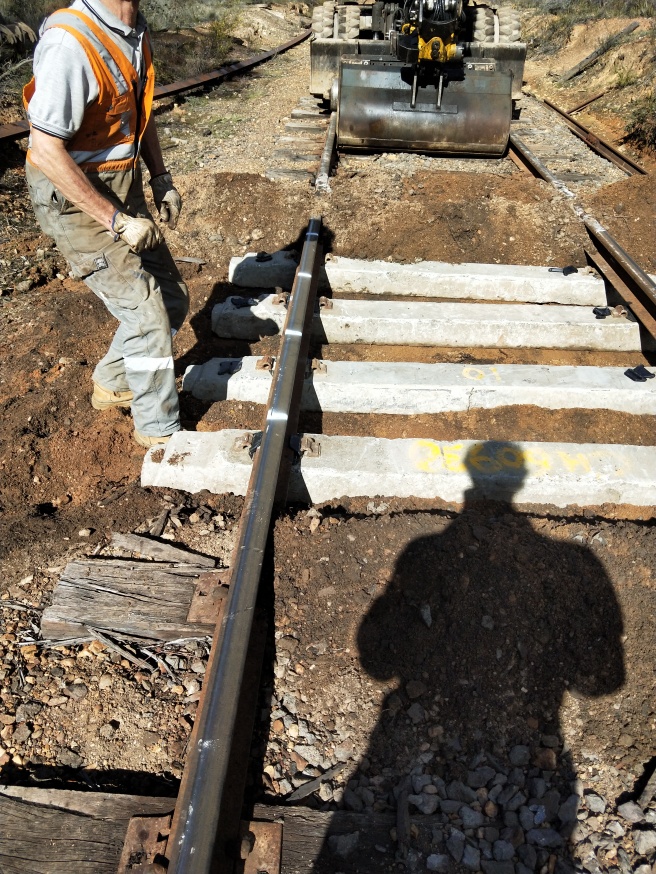 All of this was actually done using the pallet forks! As we didn’t have the boots for the grab jaws at hand. Overall, although not the reccomended method, the pallet forks and some fine-tuning with the bucket did a great job! Not a scratch to the concrete.

Just prior to clipping up, Tony admires the feat we had just achieved. This method will lend itself very well to cuttings.

Tony and John clipping up the sleepers, this process is incredibly fast compared to spiking, especially now we’ve got the hang of it.

No tamper at hand today, so we jumped on the hydraulic hand tampers (a job you wouldn’t wish on your worst enemy) and packed them.

We’re very interested to see how we go here, the ballast is largely gravel, with some rock so it’ll be interesting to see just how they perform.

Some tidy up and they look very smart, this sort of long term infrastructure is a trend we’d like to see all over the railway.

Today’s gang Rolf, Tony, John and Will’s silhouette, admiring their efforts, very impressed and proud of how easy it actually was!

We’ll be out again this Thursday and Friday, keep an eye on the blog for what we do as our plan is to re-rail but the weather is hinting otherwise…