A job which we’ve been slowly working through is joint lifting and tamping between Muckleford and Castlemaine. 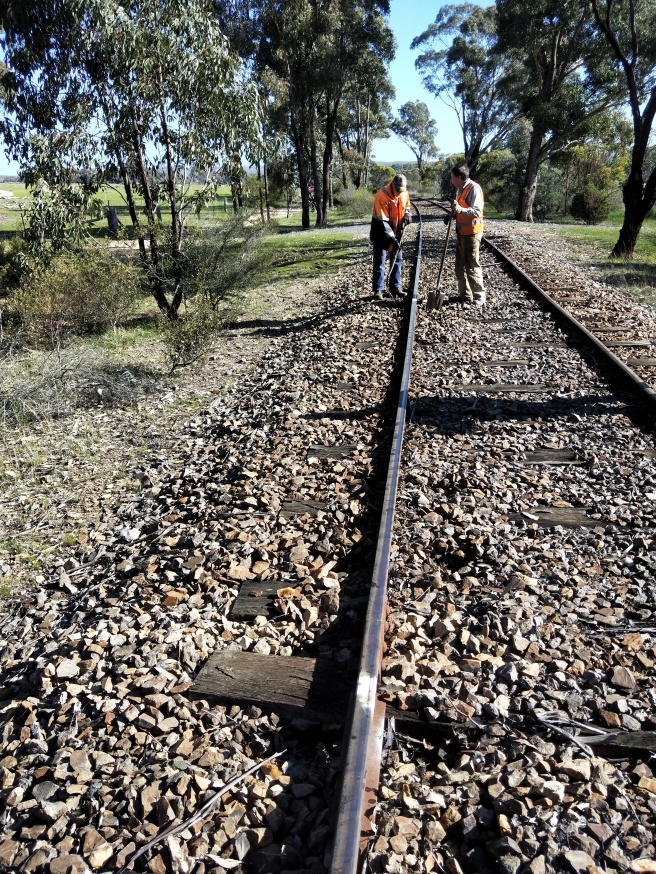 We were planning on being out re-railind today, but as tomorrow’s forecast is poor, along with early next week, if we get rained out then it’ll be next Thursday before we’d be able to finish the job anyhow.

The joints on the Castlemaine section have dipped badly over the past few years and despite tamping them up using just the excavator, around 12 months ago, they’ve settled again. So we’ve undertaken some jacking and tamping, as this is generally more successful. 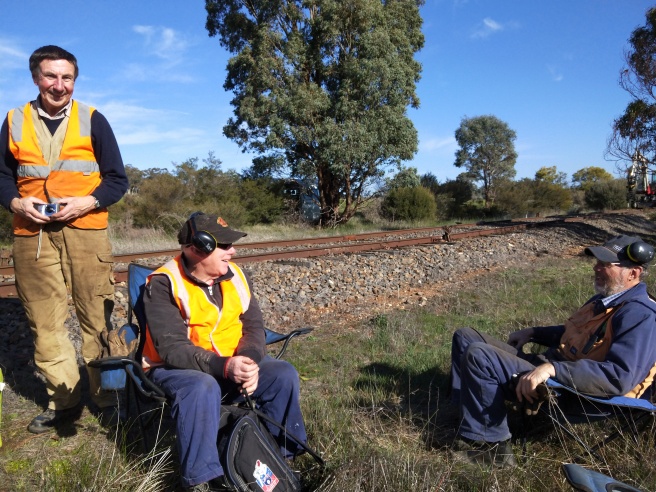 We set out from Muckleford station and by morning tea we’d reached the curve before Farmers Bridge. Here Norm, Mal and Rolf are about to spring back into action after a cuppa. The jacks are already in place in the background, ready for a squeeze. 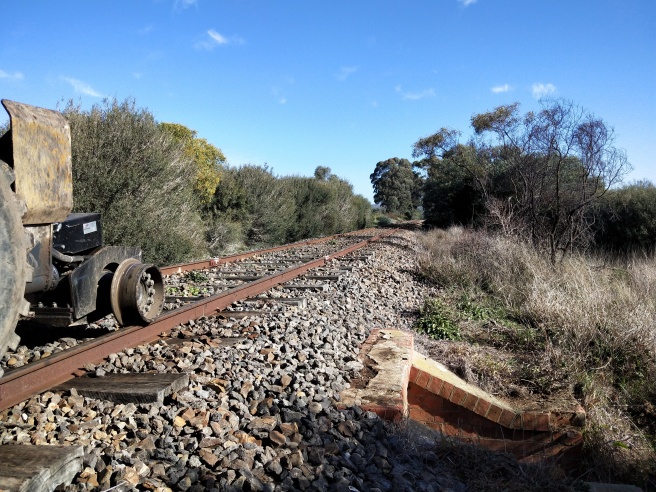 This area near the culvert has been giving us trouble for a long time, so a good lift was undertaken and lots of ballast shovelled in to fill the big voids left behind. A big improvement, which is very noticeable even in the excavator. 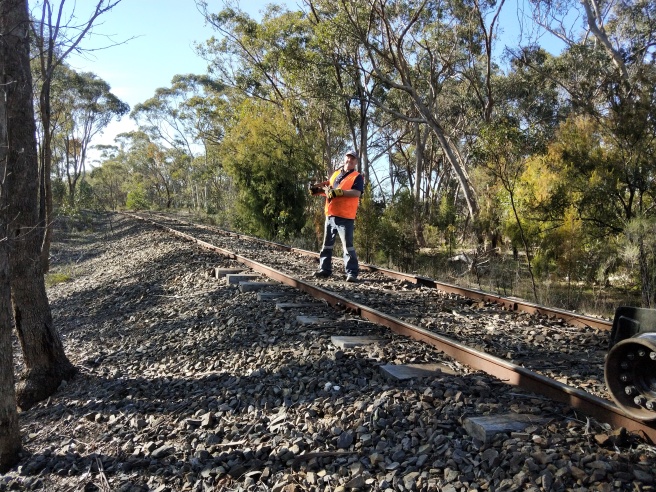 The day finished heading down to Sawmill Road, with Artie posing here, track jack in hand, packing up after the last lift.

This section near the top of the hill, highest point in this section, had some terrible dips, largely due to some old rabbit warrens, now long dormant but still likely to settle more. You’ll likely see us back here in the coming years. 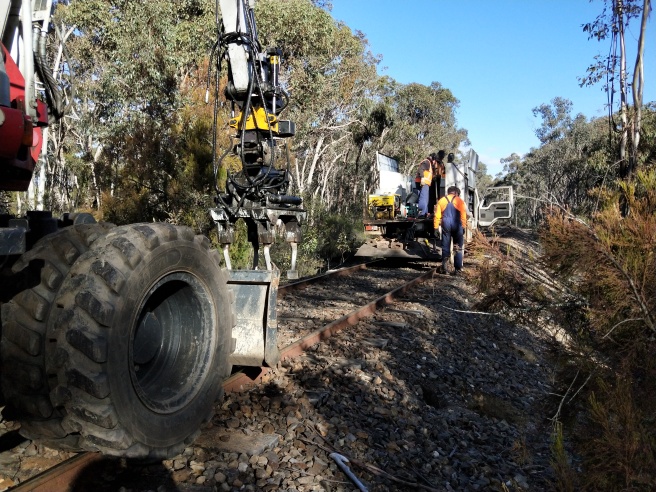 The rest of the gang returning the gear to truck after a big day. Another couple of days like this and we’ll be into Castlemaine, giving a much smoother ride for trains and track alike.

Tomorrow’s forecast is a bit gloomy but we’ll still try and get some rail drilling and cutting done at Muckleford. We’ve got lots of shelter there if the rains do start.