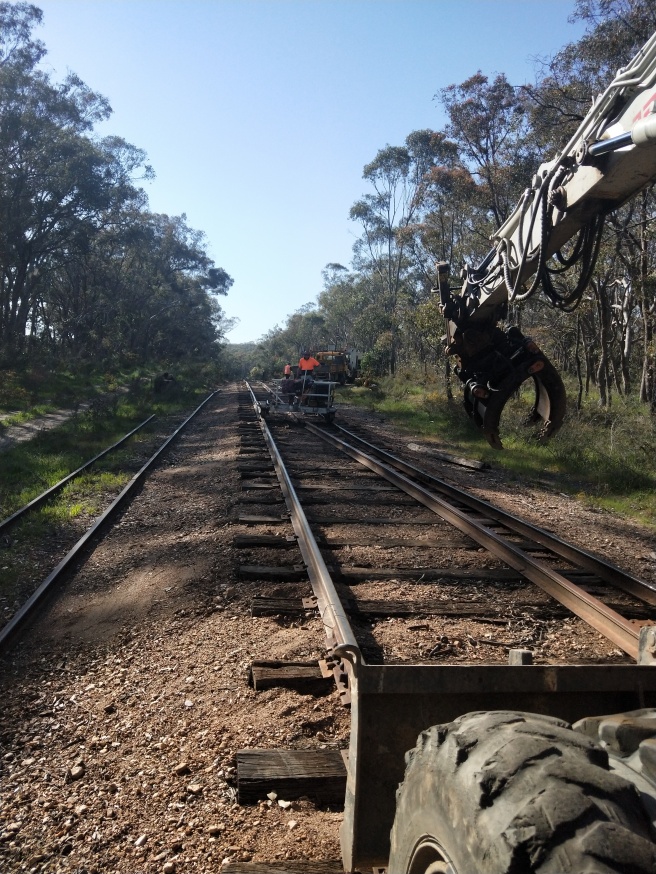 Well it was a massive effort but we’ve now replaced all the 60lb between Maldon and Muckleford!

Today was probably the most different we’ve had when it comes to re-railing, as we had to keep letting passenger trains through.

As such we set about installing 8 x 80lB rails before 11am, with that completed just in time to allow the first train through without having to hold them up. 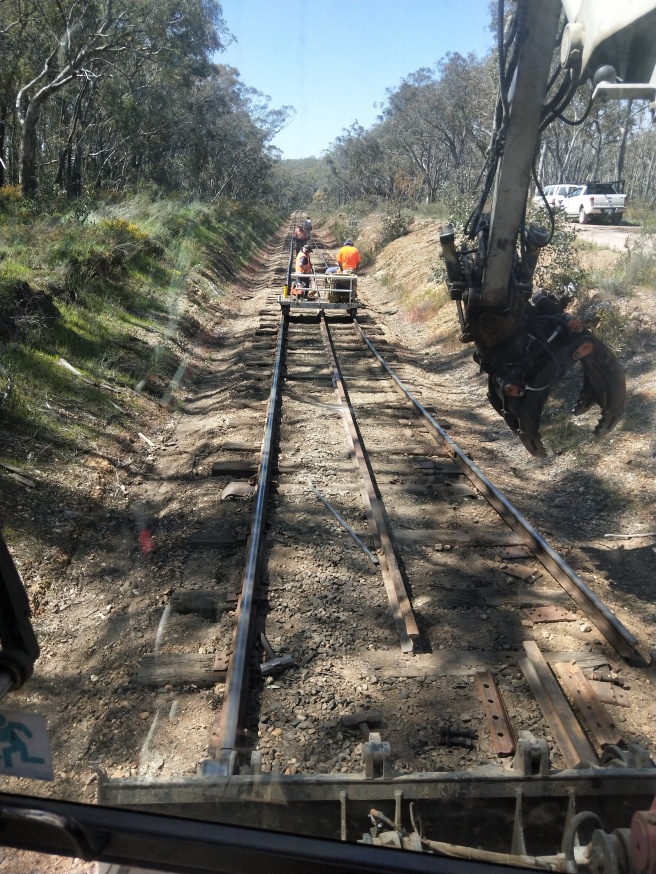 But that wasn’t all. 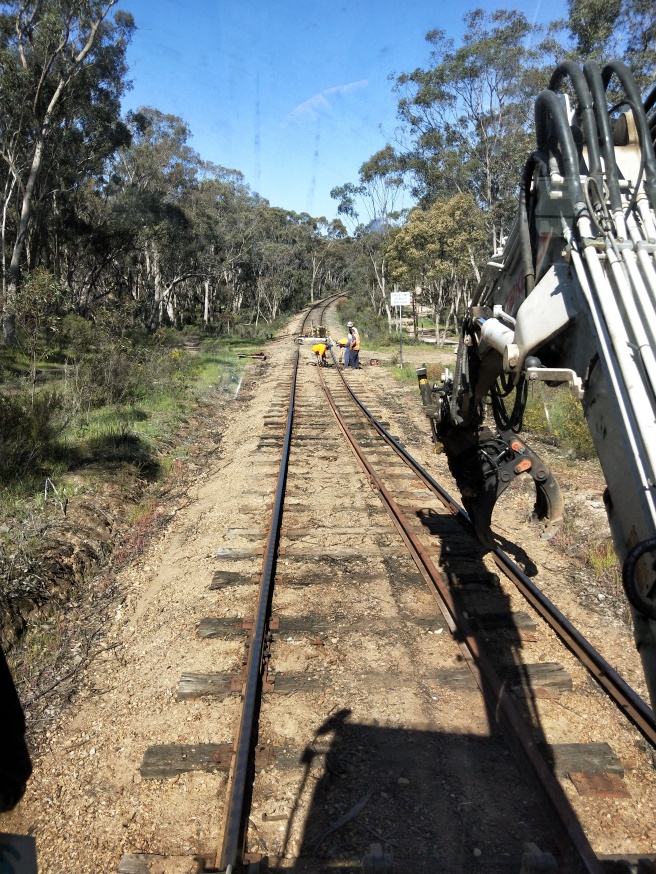 After the last train was through we quickly pulled out the final 18 lengths of 60lb. As well as moving into position the final 9 lengths of 80lb. An amazing effort considering our smaller gang size and train impositions.

We’ve just cut in the final length of 80lb for this section, with Clive and John prepareing to drill holes for the last joint.

Plates on, bolts in with just tightening to go for all the rails to be in!

It was quite a ceremonious occasion, so having 4 bolts meant we had to have 4 different dooer-uppers. Bruce did the honors first. 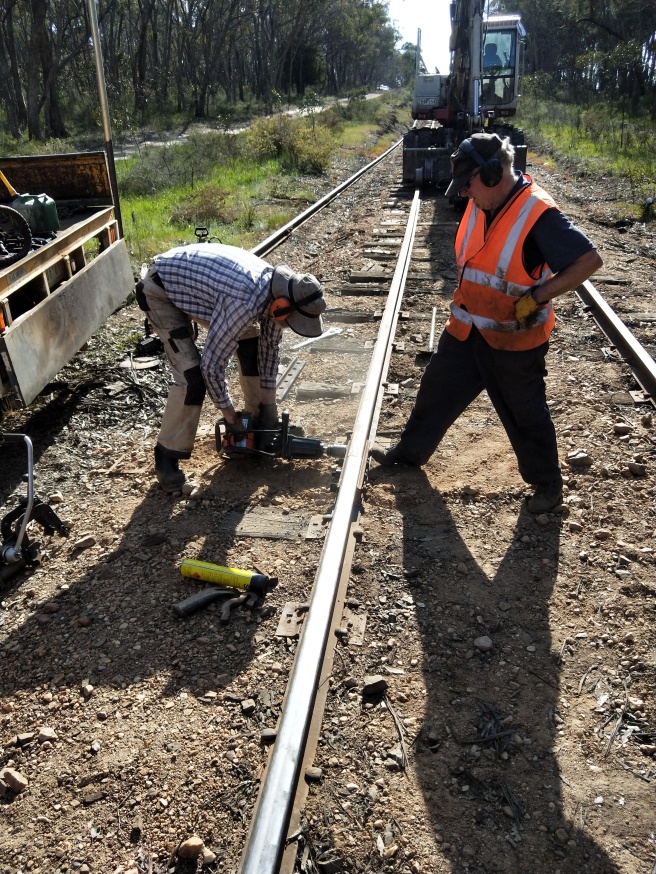 With Mal now able to claim he was the last to do up a bolt during the re-rail of this section! A sensational team effort. 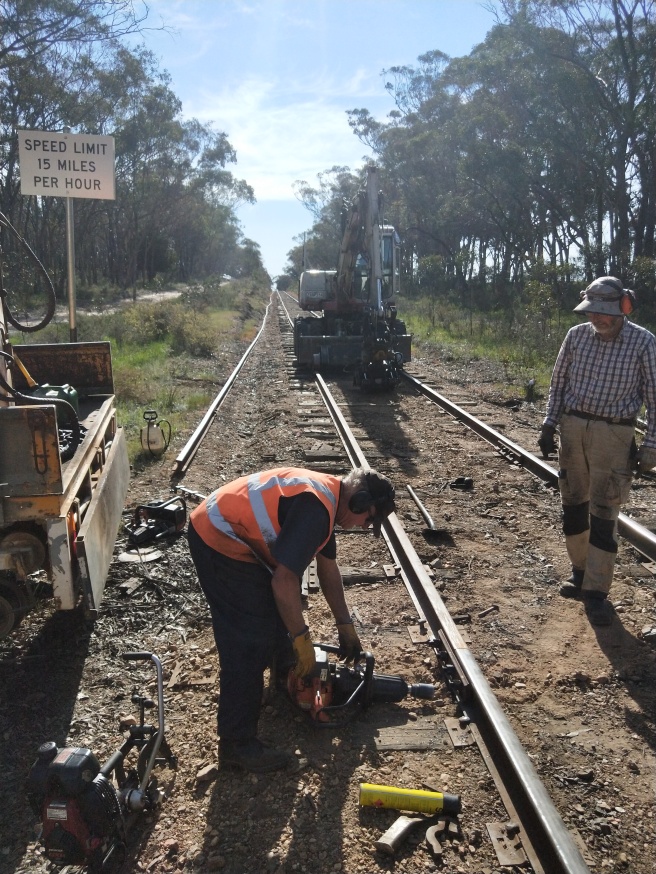 A view back up the hill of the day’s hard work.

And a view down the hill, it’s a little hard to tell, but the difference is actually quite noticeable.

We even got Mick out with his fancy thermometer to check out our rail temperatures (about 36-38 degrees C if you were wondering, air temp was around 26). This was more a curiosity than anything.

The re-railing has been massive task for the Railway, taking enormous resources, planning and manpower. But just ask anyone who takes a ride to find out just how amazingly better our railway is for it. And it’s all down to our equally amazing volunteers, who give up their time to keep our railway not only running, but hlpung to make these significant improvements, we can’t thank you enough.

It’s not quite time to hang up the tools in celebration, as we still need to complete all the spiking and install anchors by close of play tomorrow.

Why not join us to help celebrate this enormous milestone in the history of the VGR. Many hands make light work and this will be the last opportunity to experience the re-railing in this style as the other section will be much different with it’s concrete sleepers. Meeting Maldon 8am or site from 8.15am, we’d love to have you there.