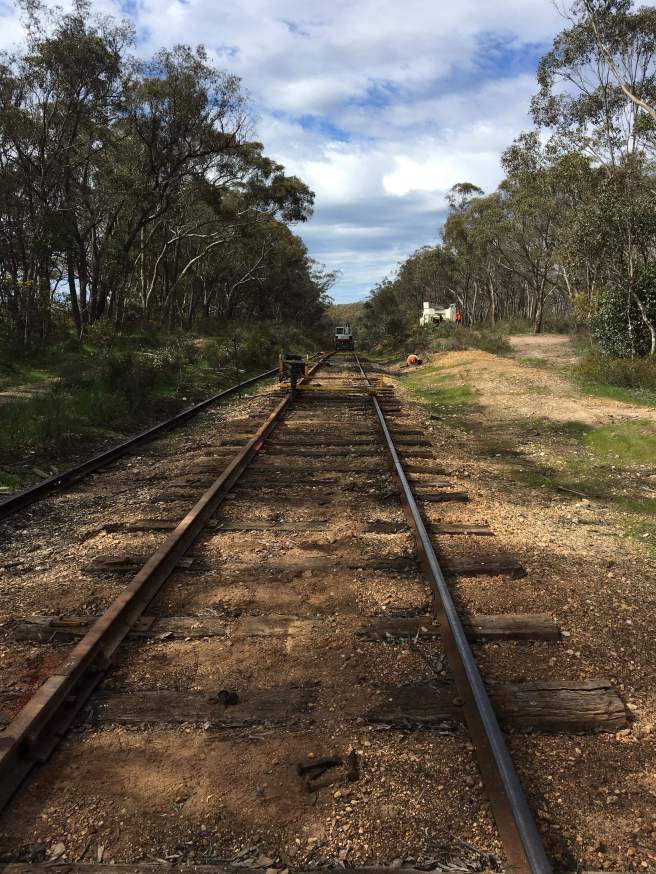 With the weather defying the early predictions of rain, we are now 16 more 80lb rails closer to the end. 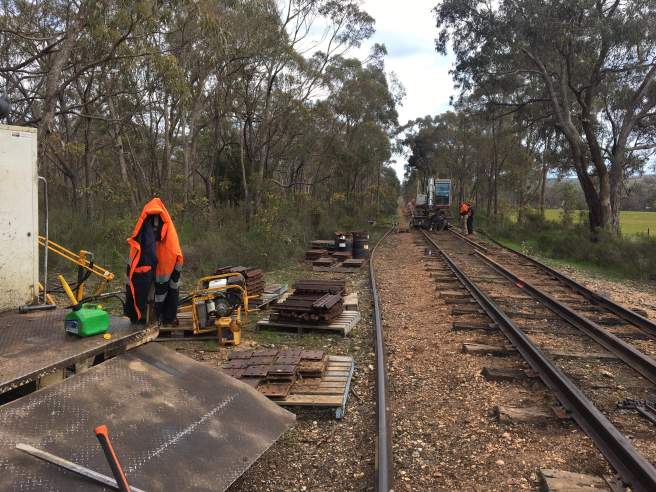 It was all completed in the usual sort of fashion, differing only in that we hadn’t had any time during the week to pre-bolt any of the rails.

We were a little slower off the mark than usual today, only just pulling the final screws and spikes by morning tea.

We’d missed an old weld right on the end of a rail which needed to be cut off. It’s much easier to have all this done before hand, but this one just slipped through the cracks.

It meant we had to use our brand new rail saw (to get us out of trouble while we fix the old one which we somehow broke on Friday – something internal). It took us quite some time accompanyed by lots of advice from all the various supervisors to get it going… But when it did it went very well. 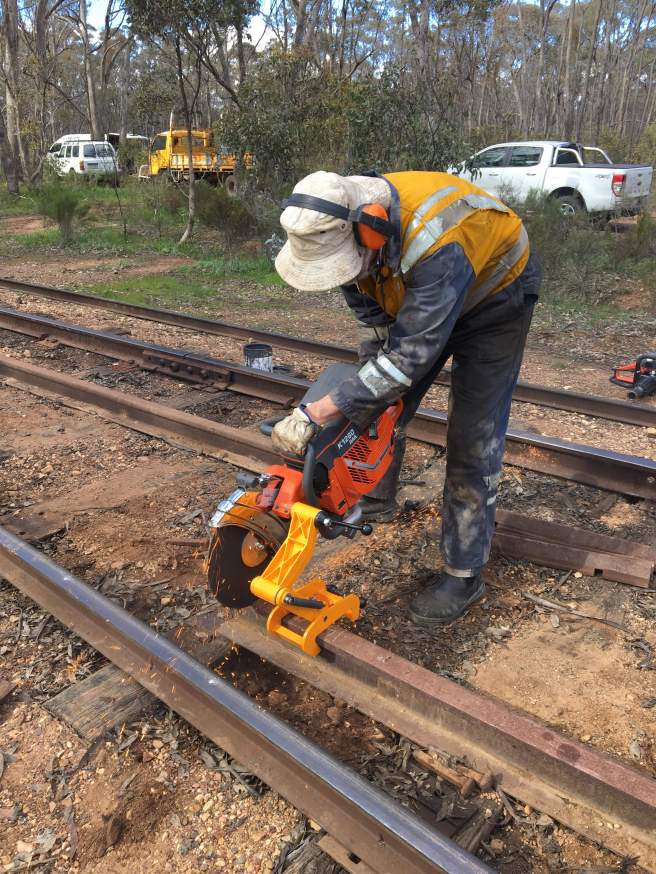 Rolf did the honours. The extra saw will prove extremely useful in our upcoming rail recovery.

Once that saga was over, it was all systems go, with the old rails out and new ones in, in no time.

Here using the digger to adjust the rail gap before bolting up. 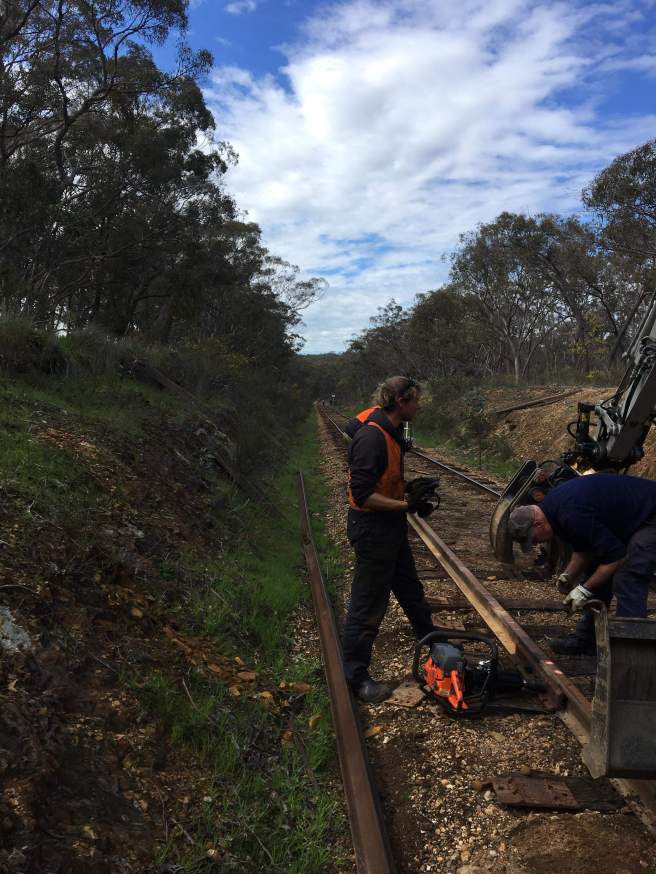 Bolting up the last joint, always a nice moment, with the end now firmly in sight.

John was busy making up the rail with drilling locations, important so we miss all the old holes (some sleepers have had quite a few holes over their time) 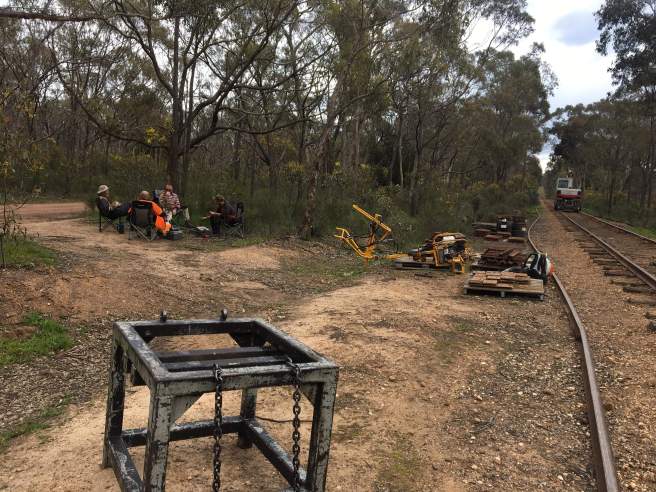 One of our many (3) smoko breaks, one of the great pleasures of working in the bush is being able to simply sit back and enjoy it, while in good company.

The afternoon was exclusively drilling and spiking. 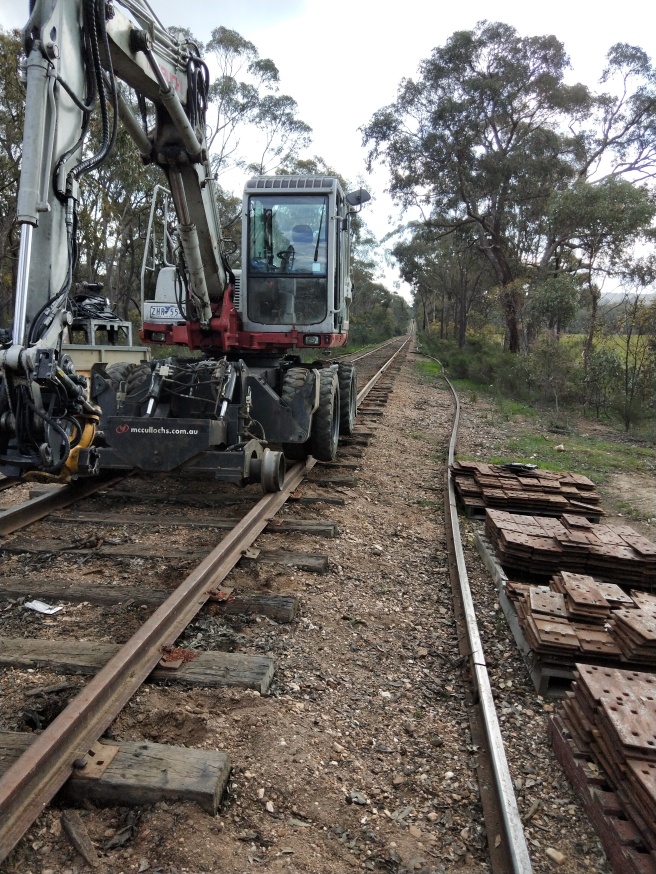 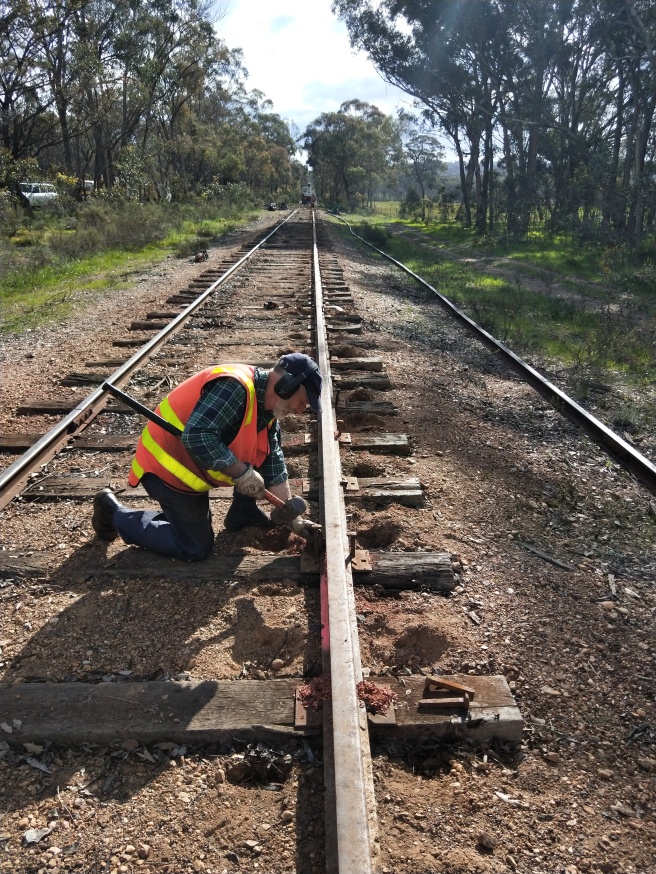 A job which concluded right on knock off time.

Another excellent effort by the gang, with the end of this whole section of the line now very literally in sight.

We’ll be back here tomorrow morning to tidy up and install anchors, the weather will then dictate the rest.