We got into the swing of things really quickly this morning, with all the old rail out of the way and the new in place well before morning tea.

The old trusty sleeper plate gap estimator when butting up the strings of rail still seems the most foolproof (the gap in this cooler weather is perfect). 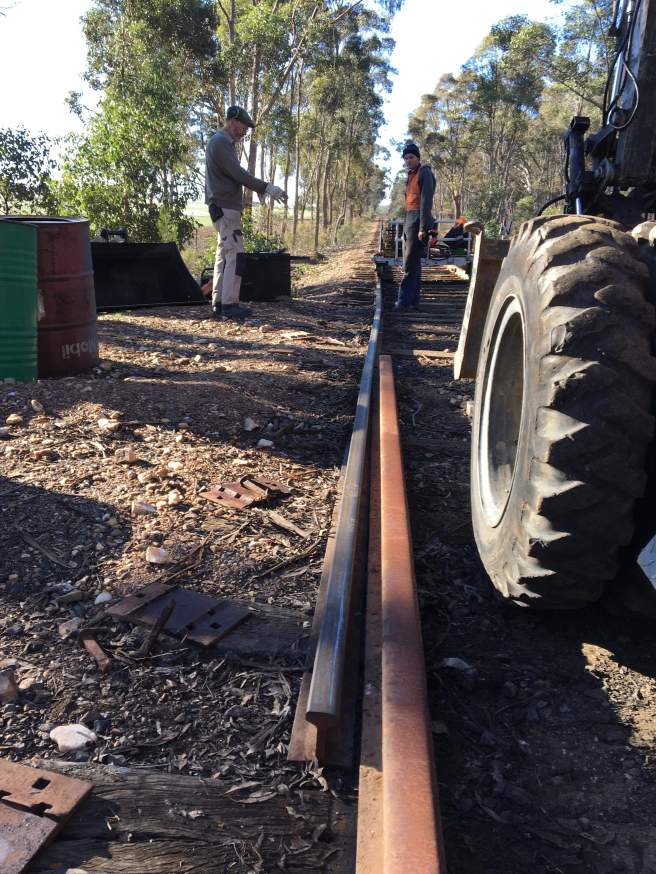 The cut in location, right on the old tip road level crossing (not been a crossing for many years but names always seem to stick).

Thankfully it allowed us to remove the worst bit of rail on our whole system, bad foot wear from being in the crossing for many years. Gone now though.

Cutting out the old failing 60lb.

Bolting in the correct length closure that is in much better condition.

The 1 in 3 spiking was completed by lunch, a pretty good effort given we ended up installing 14 80lb rails (we found 2 more leftover from re-railing jobs nearby).

The tamper was hot on the heels of the first spiking pass, with the drilling of the intermediates not much further behind. 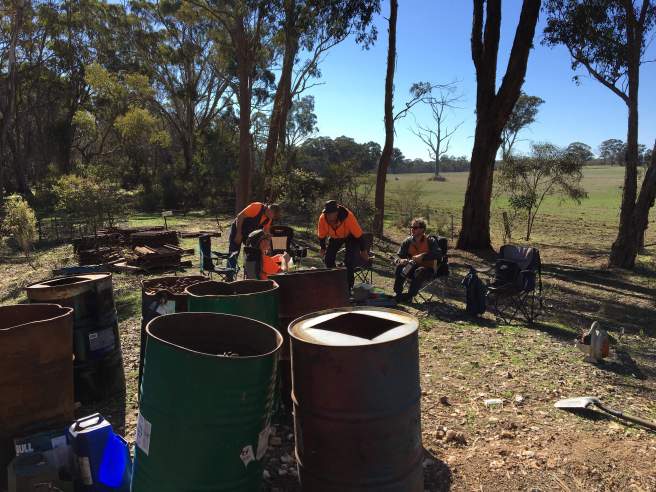 Only a few weeks ago, our team were chasing the shade, now we’re desperately seeking sun. 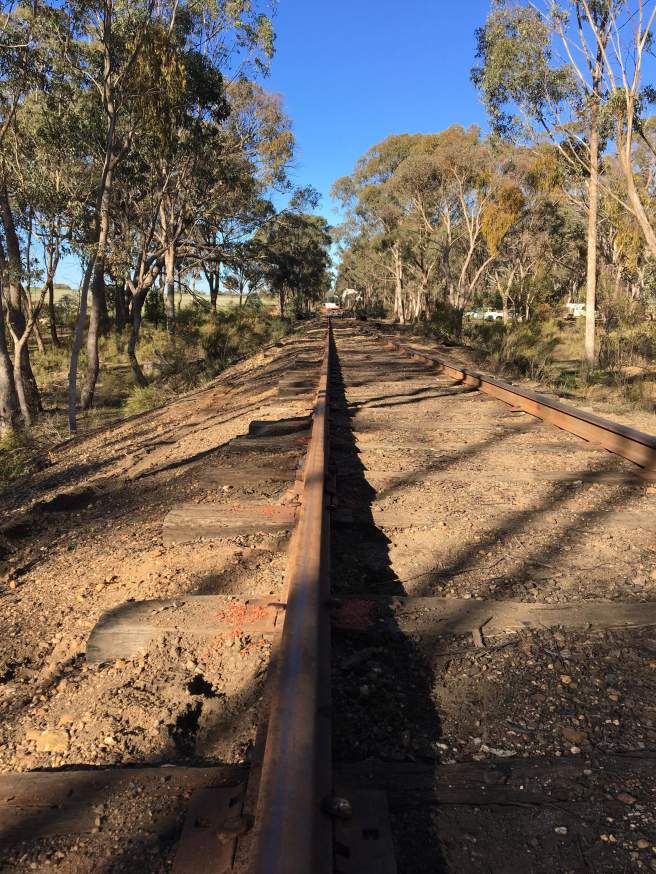 The final spiking pass was completed in no time, with the crew then diverted onto breaking up the old 60lb into manageable lengths and collecting all the old jewellery.

A final anchoring pass saw the job complete (still a few anchors to go but not many). We even had an extra pair of hands today, Will from the Yarra Valley Railway, coming to see how we do our thing.

Tomorrow’s crew will be starting the first half of our 6 monthly track walk / detailed inspection. We’re not planning on finding anything serious but if you’re interested in finding out just what it is we look for / at, you’re welcome to join us, leaving Maldon at 8am.