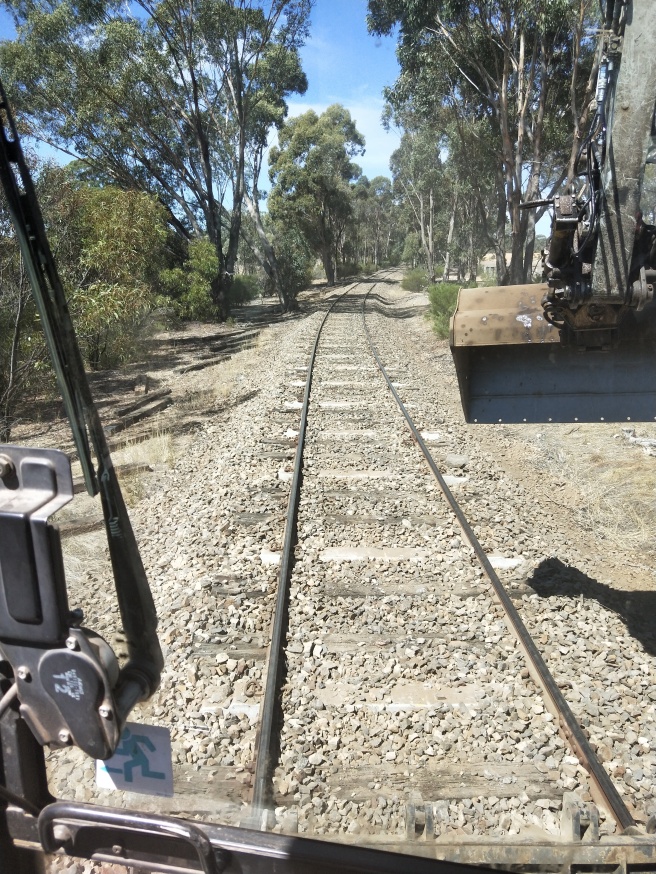 It would seem we’ve got our concrete sleepering skills in peak condition, as we managed to install 56 sleepers before lunch time! 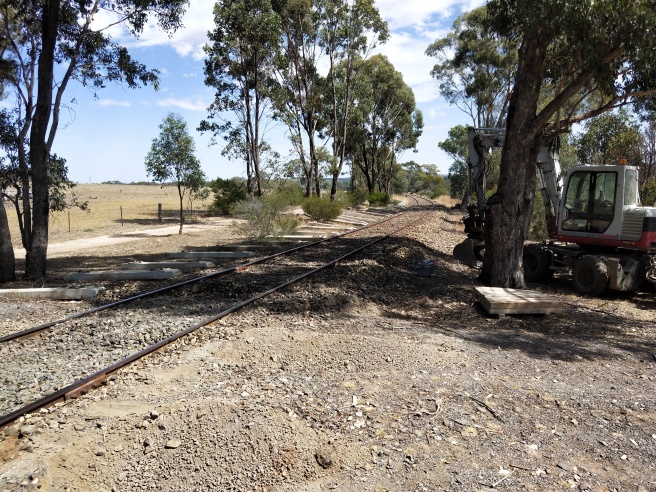 This time however a fair amount of preparation was undertaken in the days before. The sleepers were dug out on one end, screws were removed and the new sleepers distributed closely to their eventual homes. This was done on Monday and Tuesday in quite warm conditions.

However this morning was a delightful 3 degrees! Autumn is finally here.

As the screws were already out, the lifting and tamping was underway first off, with Clive being the important block kicker-underer.

In no time the old was on its way out, while all the jewellery was distributed. The concrete sleepers beside the track look quite impressive, showing that we really mean business. 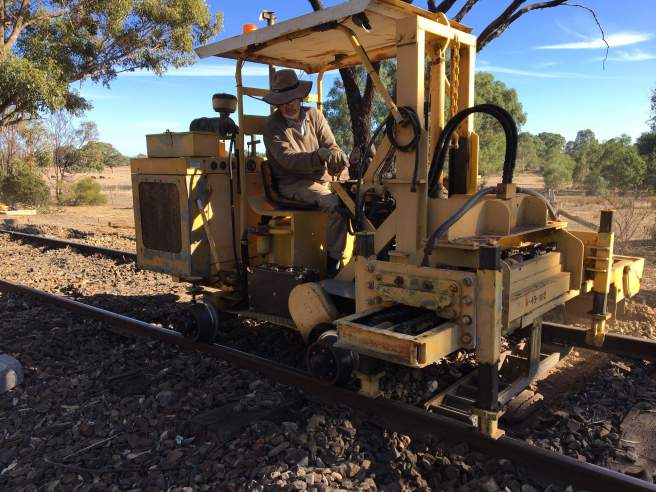 Rolf had the scarifier going today, amazing what a new battery will do!

Before morning tea the last of the new sleepers were under the track.

As this was all done so quickly we had time to tamp up most of the concretes before they were clipped, this makes an enormous difference to the speed of the operation, as the clipping occurs at twice the normal rate once the sleepers are tamped.

As the ballast scraping and final tamping only takes the digger and one pair of eyes, the rest of the gang moved on to Muckleford.

We’re due for a few replacements at the UP end of 1 road. However the fish plates there prohibited the use of sleeper plates which is less than ideal, so we changed the plates. 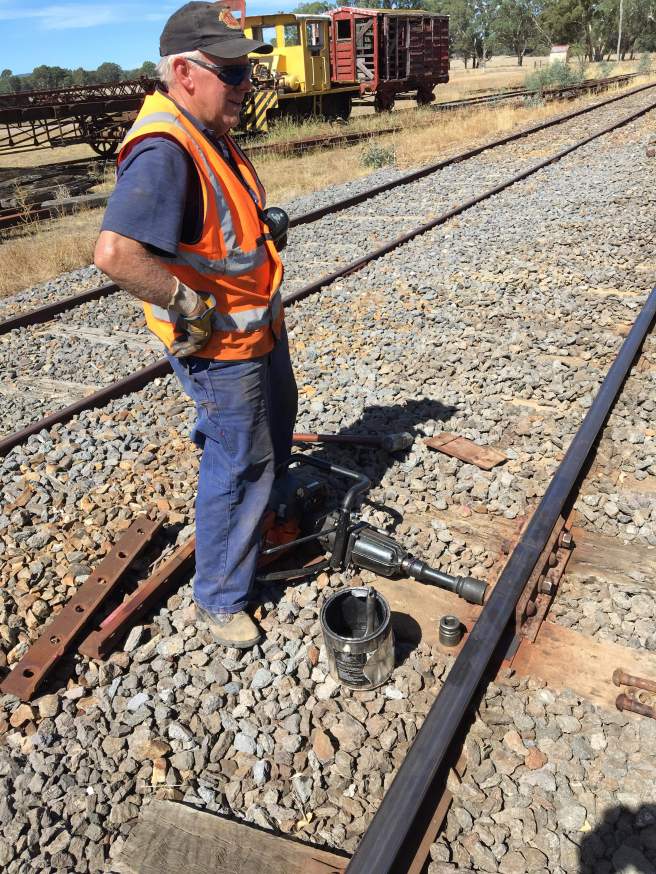 The old plates are out beside Mal and the new are on. There are some strange hole spacings in some of these rails, so we had to use a mixture of plates to get around these issues.

Will and Clive inspect an instance where sleeper plates could have been installed, but weren’t (likely because they just weren’t available at the time). This will be corrected during tomorrow’s re-sleepering.

Please feel free to join us tomorrow, we’re fairly light on for numbers so any extra hands would be appreciated.