First off we bolted the remaining rails to go into tangent 15-16 into strings ready for the re-railing there, which may now happen in the new year. It was a small quick job with the good crew we had today.

More 80lb rail preparation followed, 25 lengths were drilled and trimmed ready for the next re-railing job, with a total of 43 now loaded onto a wagon ready for dispatch. 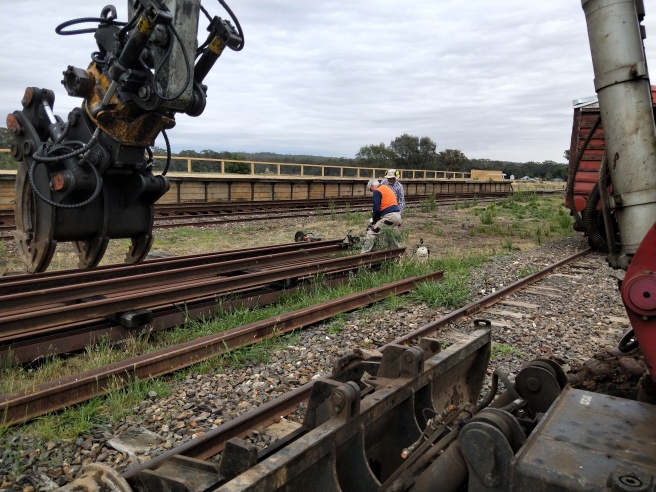 It was relatively slow going compared to previous efforts just because the rail is in a much more awkward location… It does however mean we have put a massive dent in the stockpiles.

Here the drillers and trimmers are doing what they can before lifting out the rails, due to space restrictions. 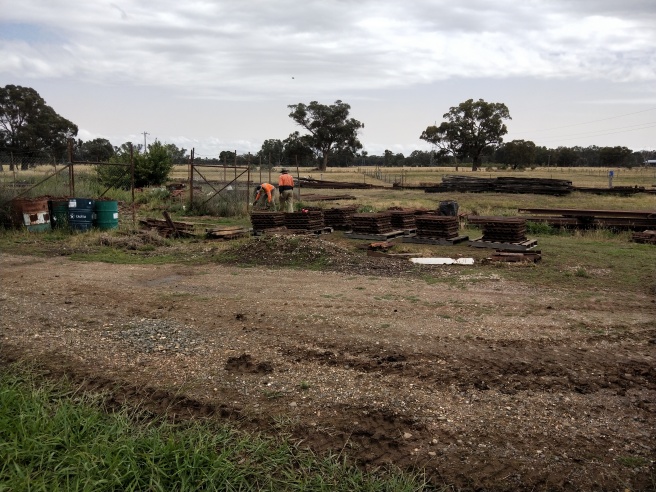 A lot of effort was spent on preparing the other items needed, stacking fishplates onto pallets and loading drums with spikes. 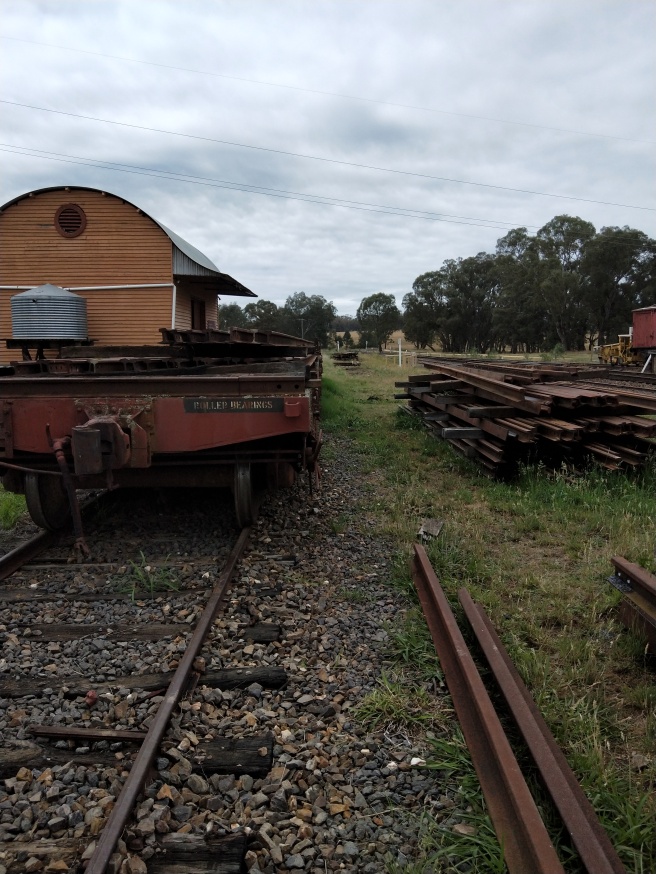 It was once stacks of rail as far as the eye could see along here, now only the short lengths and turnout components remain.

Now laden with dog spikes and sleeper plates, our newest member of the fleet is ready to go on its first works train. 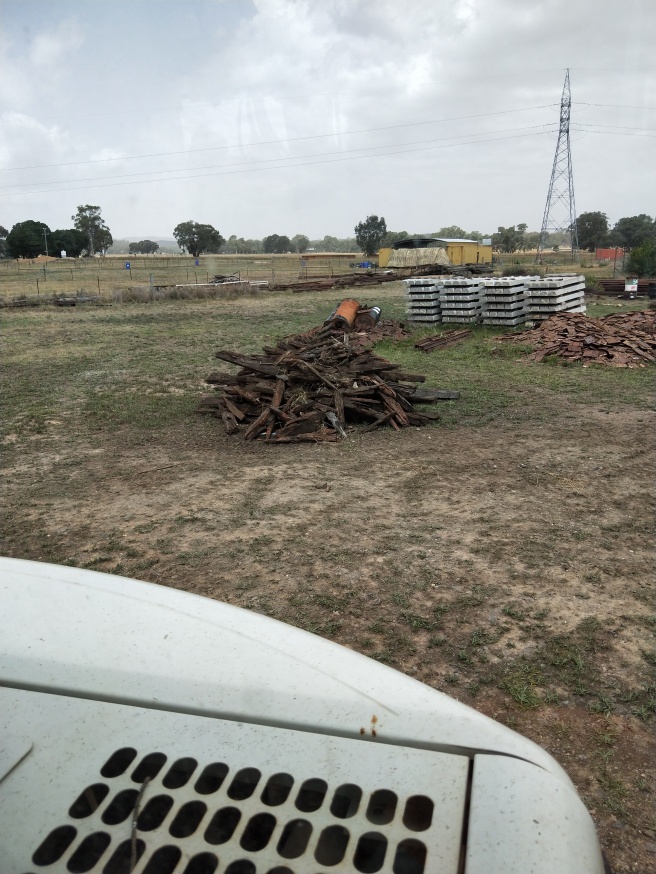 We even found the time to unload the QN wagon loaded with timber from Castlemaine Yard, this will no doubt form a bonfire once the fire season passes.

Next week will see the end of the civil works for 2018, so feel free to join us Thursday and or Friday, if numbers look good we’ll be onto re-railing, otherwise we’ll be preparing for the next re-railing.