Well after this week, we’re almost ready to begin re-railing the remainder of tangent 15-16. 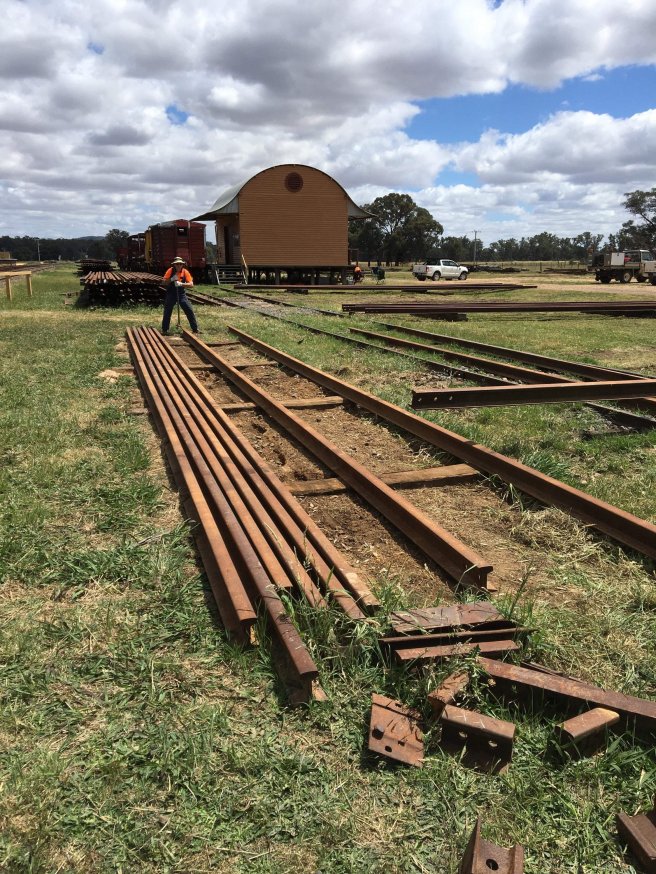 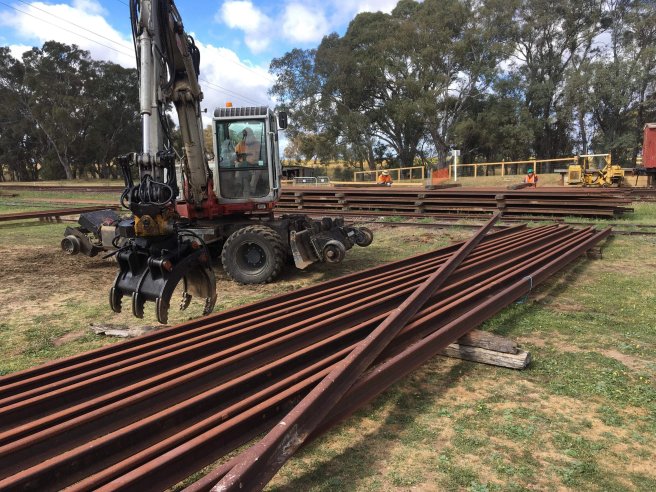 Thursday saw the gang busy preparing 80lb rail at Muckleford. It’s amazing just how small the stacks of rail are becoming, with each session now seeming to have a big influence on the remaining stocks.

Here Bruce shows his skill with the rail saw, it’s not the most exciting job but unfortunately it still needs to be done.

While Malcolm operates the rail drill. This is actually the much easier device to operate, no more exciting than the saw, but a lot quieter. 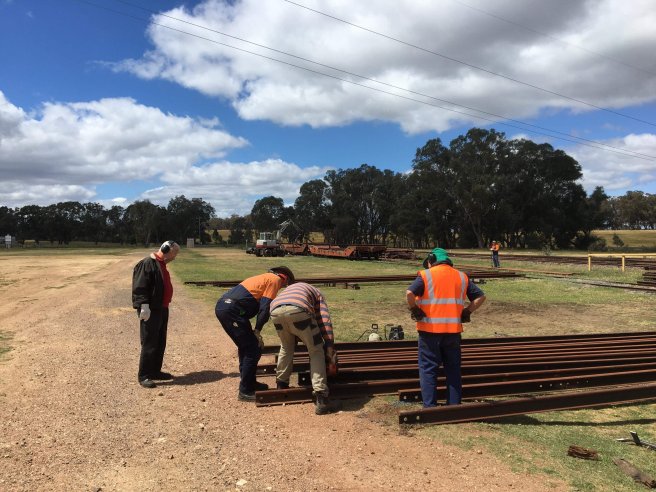 The digger is working away in the background loading up the already complete rails, ready for transport to site.

Our Prison workforce was out with the whipper snippers again on Thursday, focussing their efforts on the very over-grown area around Muckleford Creek Bridge. The result is stunning!

Thursday’s gang complete more than enough rail for the immediate needs, but ran out of time to get it all loaded, so half an hour or so was spent Friday morning loading up the remaining 17 or so rails along with all the needed jewellery. 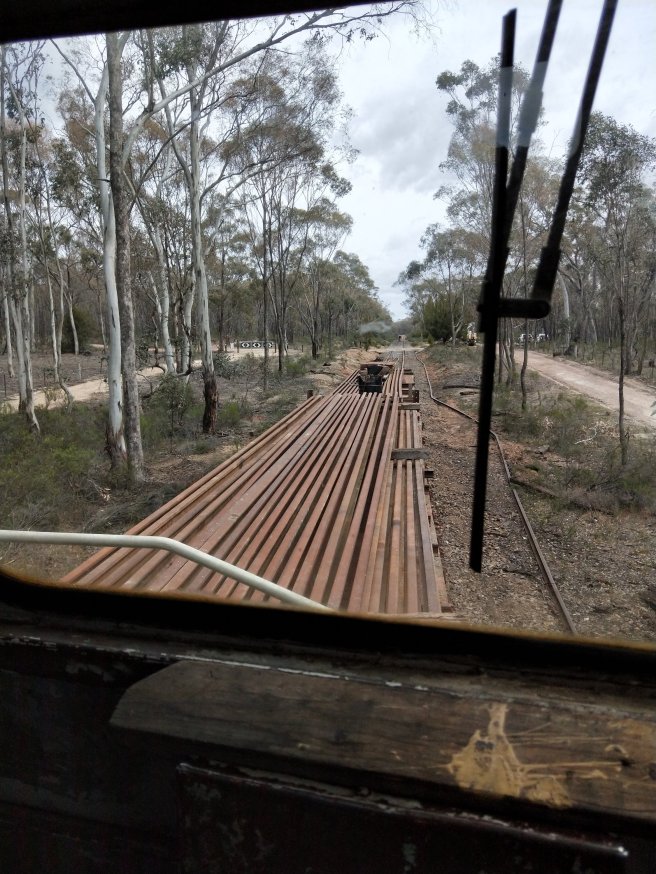 Once all rails and jewellery were loaded, a little hard to see here as they’re on the far wagon, the train was taken out to site near Donkey Farm Track.

A quick scrape through with the Mud Bucket saw a nice even surface for the rail to be dropped out on. This is particularly critical where we’re dropping out 80lb rail where 60lb is still in place on both legs. We need to ensure the slightly taller rail is as low as possible to avoid any clearance issues under the rolling stock. 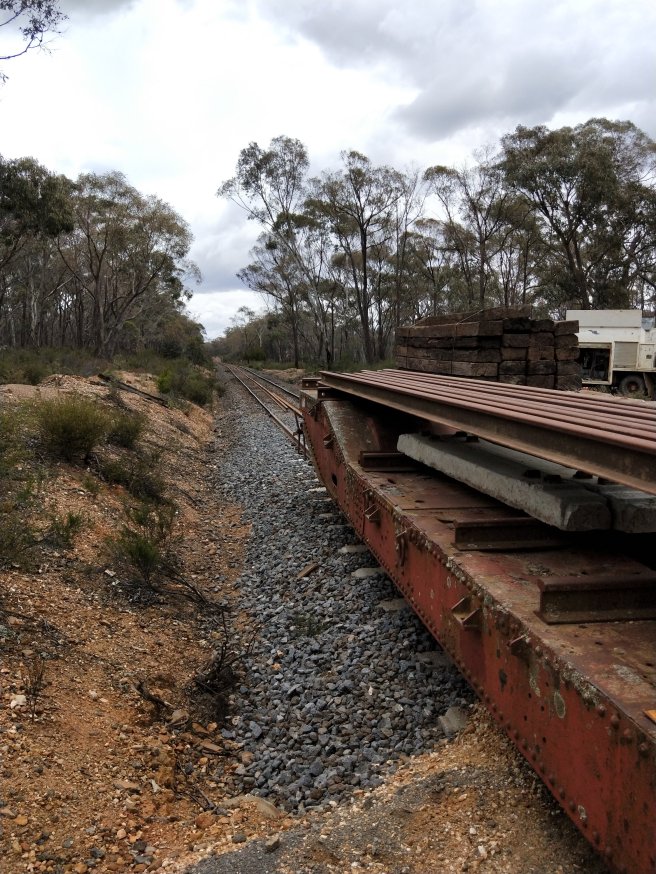 We even made use of our special train to transport back some concrete sleepers and re-usable timber sleepers left over from the recent upgrade of the level crossing.

The end of the day saw all the fishplates dropped out, allowing the bolting together to begin on Tuesday. We even managed to get out a pallet of sleeper plates, taking us through about 1/3 of this leg.

The pictures don’t do the impressive length of rail awaiting installation justice. Normally we haven’t got enough rail prepared to drop it all out in one go, but it certainly looks like we mean business!

The re-railing, of at least 30 of the 45 lengths dropped, out will be taking place this Thursday and Friday, with a big preparation day on Tuesday. So if you’re available to help on any of those days, please feel free to come along. Meeting at Maldon from 8am.