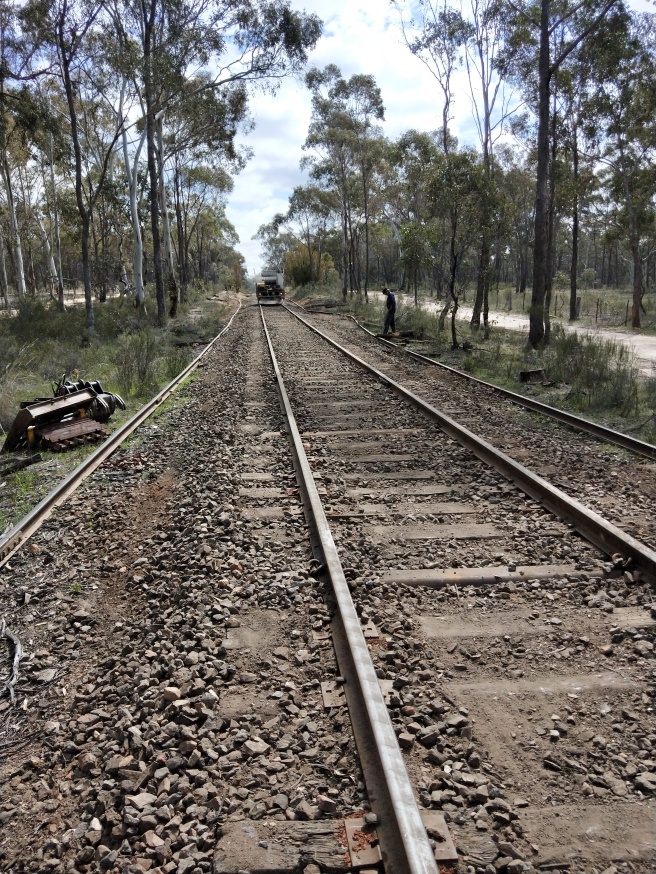 Today was a finishing off day on the recently re-railing track. First off was clipping up a few more steel sleepers followed by lifting and tamping.

We even squeezed in a jewellery collection run. Here Bruce and John do the honours of placing the spikes, screws and plates left over from the re-railing into the bucket. 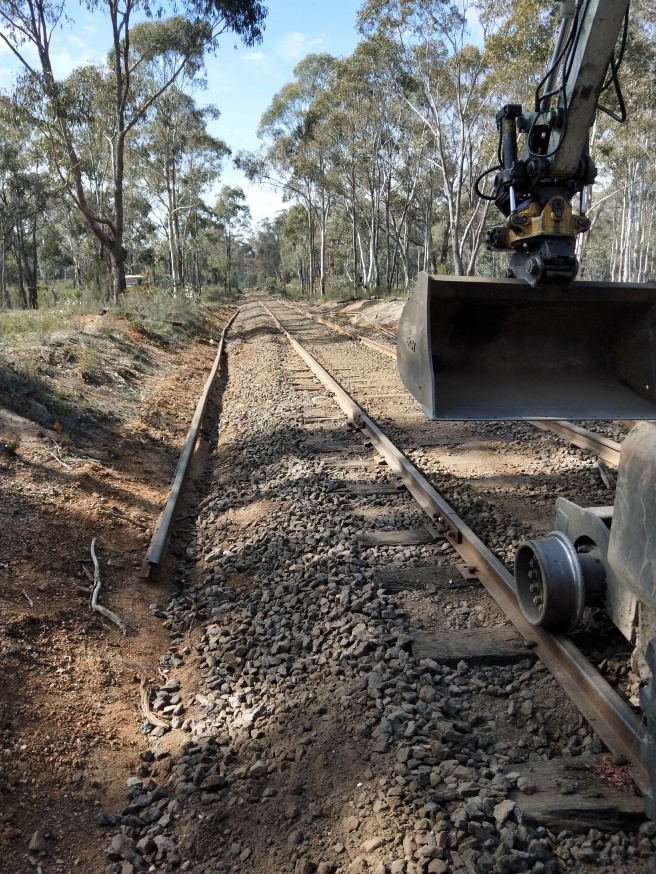 A first round of ballast scraping was undertaken to allow some jacking and tamping to remove a few dips and some cross fall. 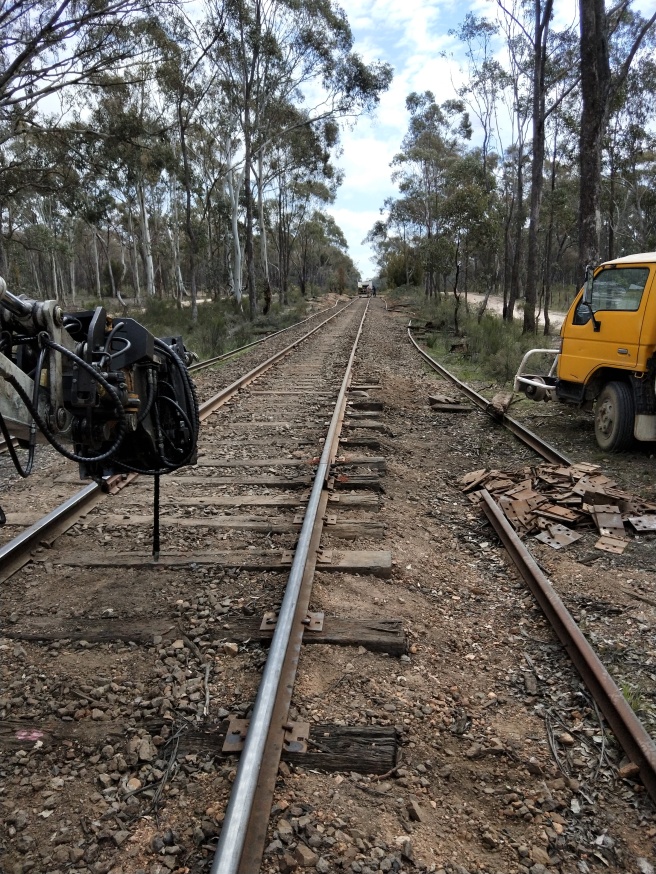 By Lunch we’d lifted all the dips and regulated the ballast, leaving us with a very good looking piece of track.

While in the swing of tamping we removed a few significant dips from the nearby 60lb section, this is a before view showing the type of thing we were removing. 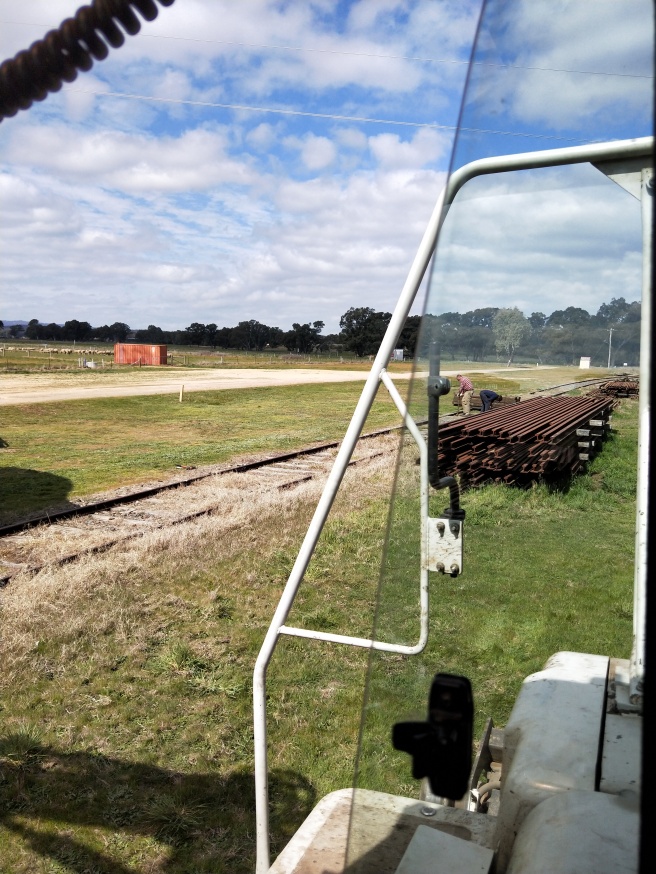 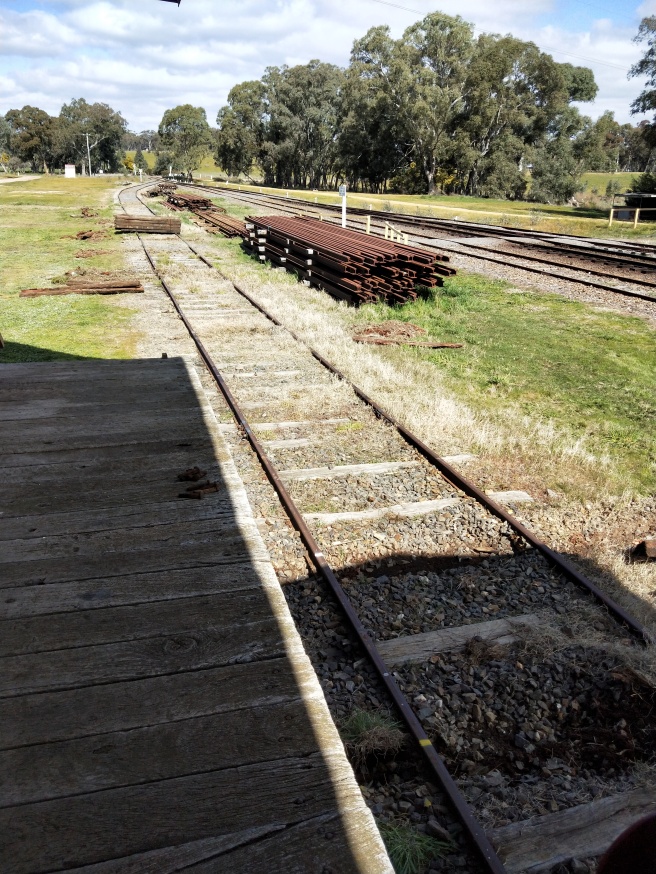 After lunch 3 road Muckleford became the focus, with around 15 sleepers removed ready for renewal later in the week. With the upcoming Mucklefest special trains due to be placed into 3 road we thought it was a good time to get a few jobs done to make sure it’ll be right to be used.

The gang will be out again this Thursday, preparing rails at Muckleford and changing sleepers. Meeting Maldon 8am.