Among the VGR’s trackwork skills is helping out other organisations with their trackwork.

In the week just gone we assisted Steamrail with some trackwork at their home in the old West Block of the Newport Railway Workshops.

We mustered our usual kit of trucks, excavator and tools to tackle the job, with the job 90% complete, only not completed due to appallingly weather on the last day.

The works, although for Steamrail, did also include some trackwork for 707 operations and DERMPAV (other groups based at the workshop), which should now see them able to use the yard for several more years without hassle.

Below is a collection of pics from the week: 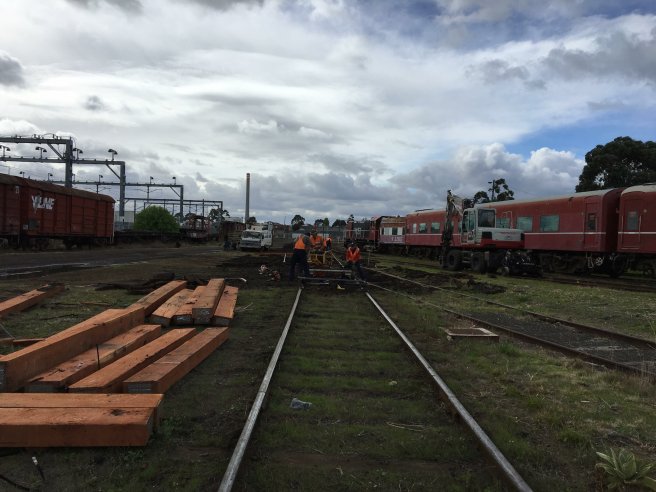 The team gauging and spiking a turnout after new timbers were installed. 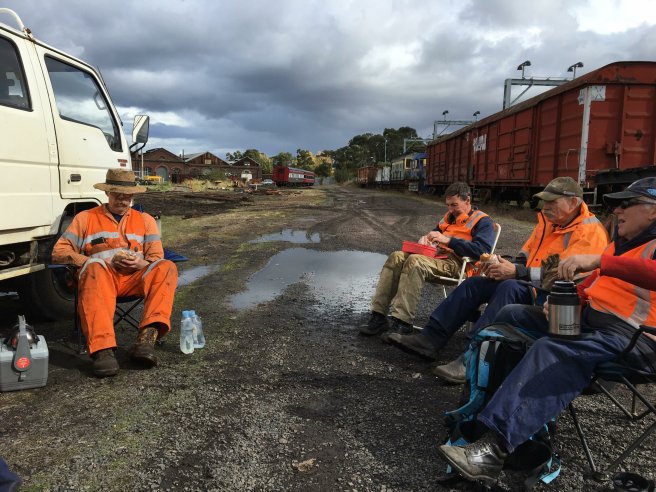 The usual morning tea and lunch rituals are still followed even when working away! 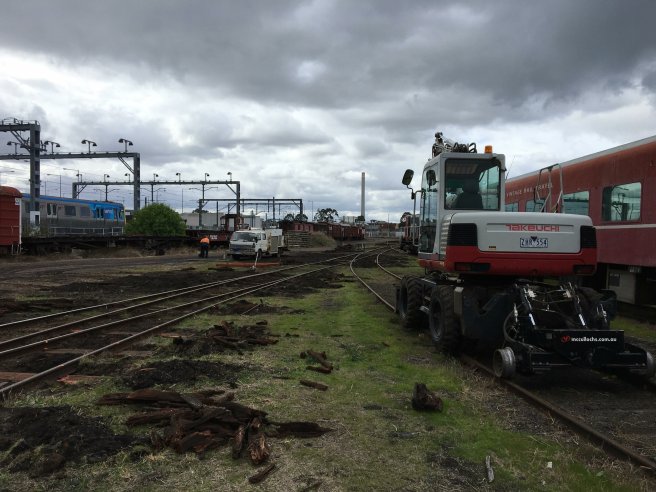 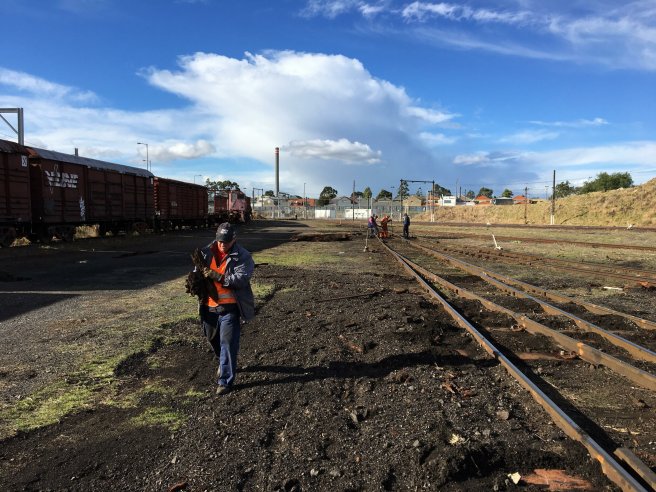 There was generally only a few timbers required in each turnout, however the state of the timbers removed is clear by seeing how easily Malcolm was able to carry them around! 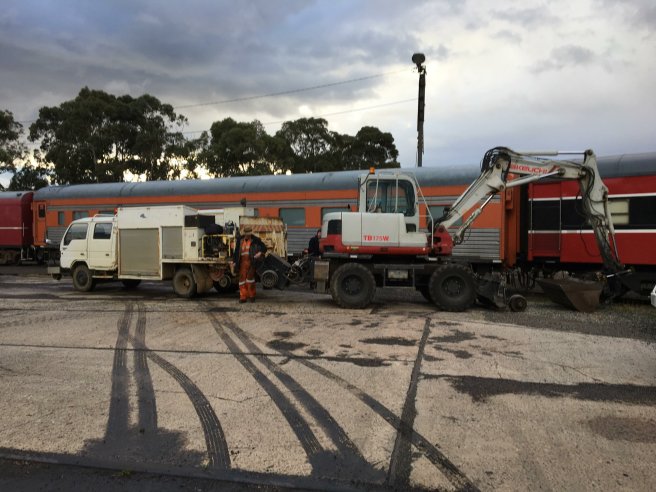 Overall the works went very well, however due to weather we will we back to finish off an urgent job this coming Tuesday and then again in a fortnight’s time.

If you’re a Melbourne resident and would like to come and check out how we do things please feel free to come along, as always the more hands the easier the job.