We’d hoped to be into the last of the rerailing today, however the stars didn’t quite align.

We did get all the material distributed, ballast regulated away from the work area and the completed section boxed up and regulated. It’s looking quite neat and tidy.

Malcolm and Clive are seen here collecting all the old track jewellery and chucking it into the bucket. This was later sorted into drums for re-use, scrap etc…

A pic of the tidied up ballast, with the boys in the distance distributing dog spikes. 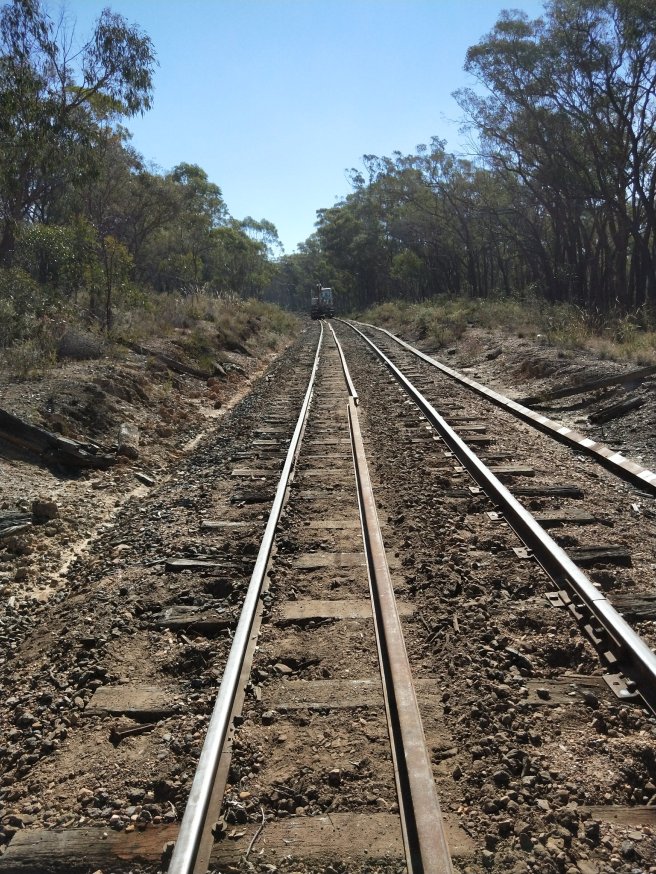 We’ve taken a different tack this time, placing the rails in the 5 foot rather than on the sleeper ends, this should making getting the old 60lb out of the way easier and should reduce the double handling of the sleeper plates.

We haven’t been able to do this previously, however our new grab gives us a lot more flexibility.

We’ll let you know if this proves more efficient.