The week began by installing a few more concrete sleepers at what will become the approach blocks for Bendigo Rd. Some joint shifting was undertaken too to prevent conflicts with the flashing light circuits.

While technically not essential, it’ll make the next part of the work far easier, quicker and will overall be less work.

Today’s task was a bit of a trial, a very successful one too.

Curve 21 (the curve between Bendigo Rd and Woodlock’s Ln) is the only section of the track not to have received attention in the past 5 years.

The sleepers spacings in the curve are all over the place, which makes standard replacements a nightmare. So we decided we’d trial re-sleepering 100% with full profile concrete.

We went through and unfastened every 2nd timber sleeper (more if the spacings were wrong), followed by jacking the track to a suitable height (now nice and light due to few sleepers) and inserting ever second Concrete Sleepers without having to dig down and disturb the roadbed too much. Once done and clipped up, the rest of the old timber was replaced with concrete. 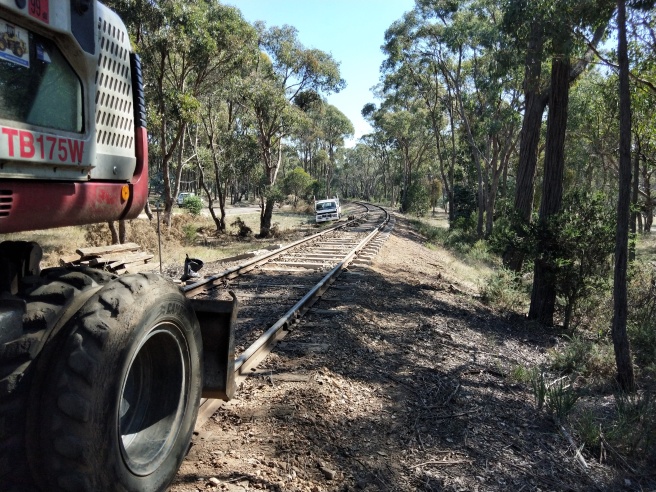 The method worked a treat and as the initial jacking was kept relatively uniform, only minor jacking was required once all the sleepers had been installed to achieve a good top.

By not completely releasing the track, the line of the curve wasn’t lost and very very little effort was required to gauge the rails for clipping up in the concretes (as the timber was still holding it). 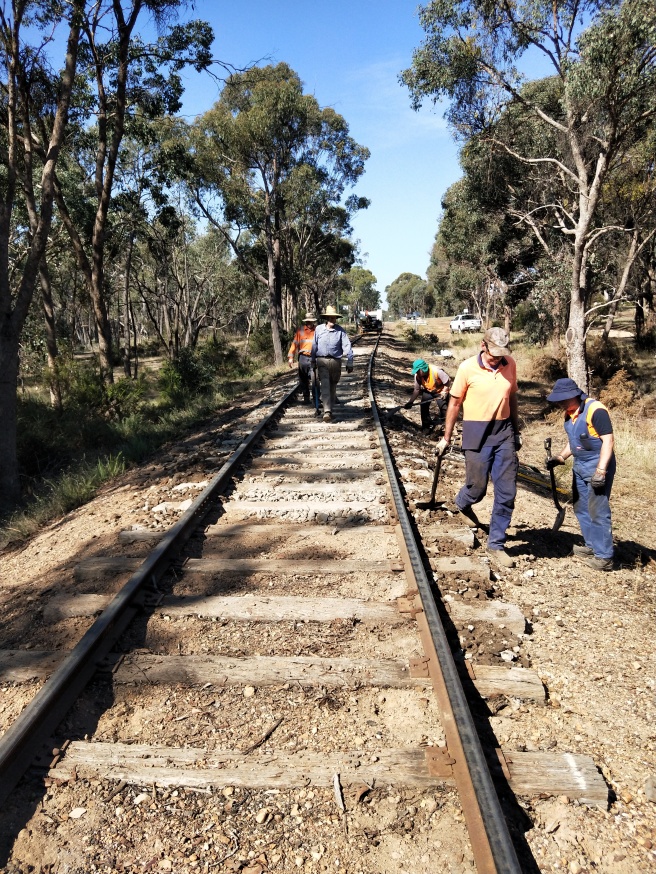 It’s received a good tamp and a sprinkle of ballast. We’ll run a few train loads of rock out once we’ve done a bit more. 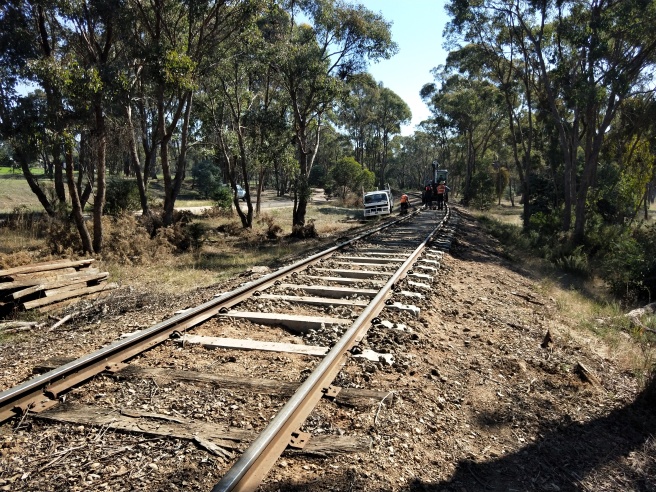 It’s come up a treat, although only 47 sleepers today, out of about 500 in the curve, have been installed, it was a very good test day and was comfortable without being rushed. If we had two clear days, we could easily expect to triple that number no worries.

Next week, Tuesday will see a start made at Rowe St. Crossing. We’ll be running a train load of sleepers out there ready for the rebuild and will hopefully begin installing a few. Meeting Maldon 8am or Rowe St. Crossing from around 9.30am.