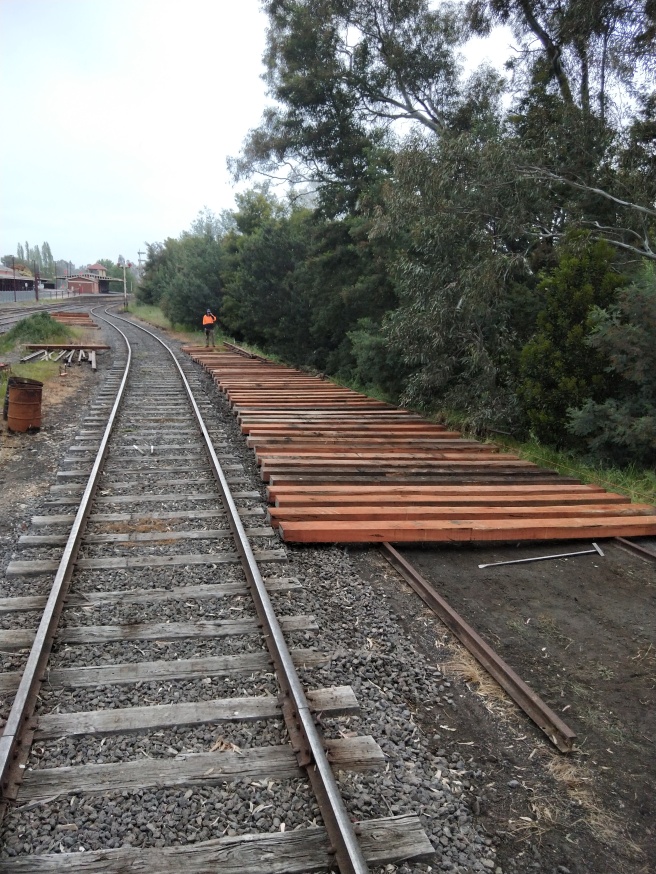 Today saw the start of construction of the first new turnouts in Castlemaine.

As the site hasn’t been surveyed, we used various methods to arrive at the location for the V crossing nose and simply worked off that. Lots of string lines, double checks and debating goes into these tasks (because we do so few we need to try and remember everything again!) 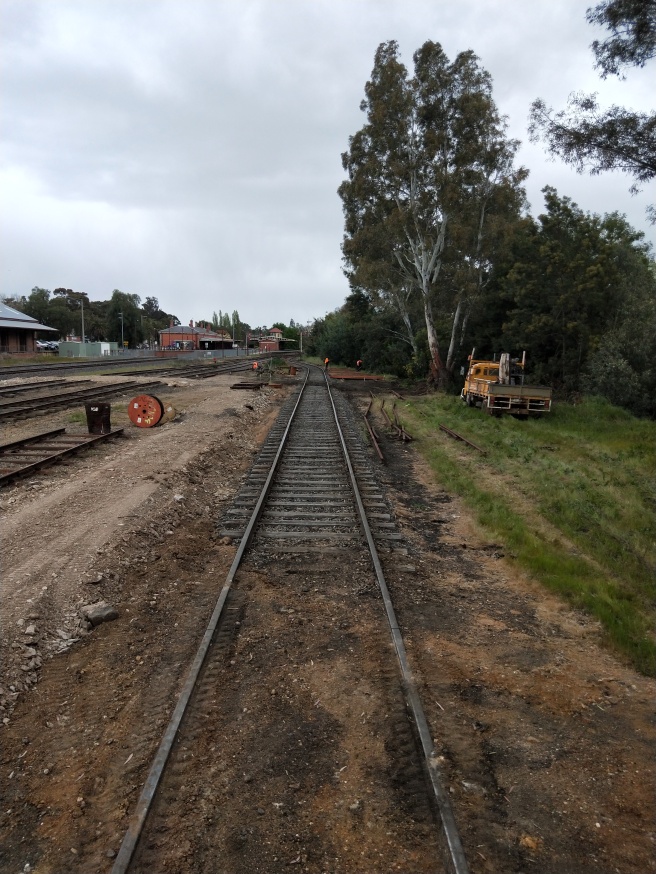 This turnout will split the loco road in two, one over the old ash pit and the other the re-aligned existing track. 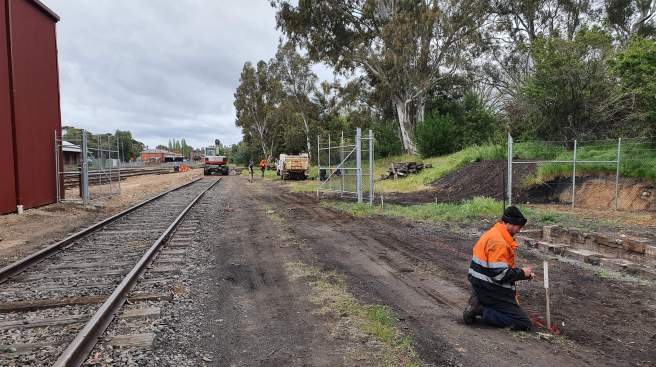 The track seen here will be moved over to align with the centre of the right hand gate, running parallel to the ash pit. It was working back from here that we managed to established the location for the turnout.

We couldn’t quite get the turnout built in it’s final location, due to the current track being in the way, but it will only need very slight tweaking (about 400mm) to locate it once we’re ready to cut it in. Here Graham and Mick align the point timbers to the carefully placed string line.

We cheated a little… And actually set down two strings of old 60lb rail upon which all the markings for the timber spacings were placed, it also made tweaking much easier. 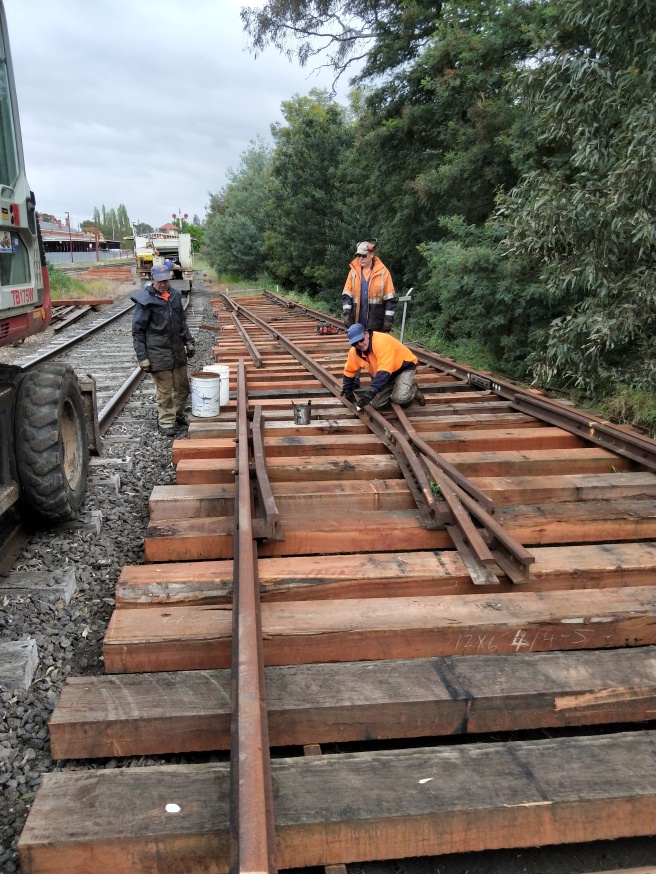 Apart from being rained on regularly, once we’d found our location, it was pretty plain sailing.

We’ve bolted up both the straight legs and the sleeper plates are under ready for drilling and screwing/spiking tomorrow.

We’ll be back here tomorrow and should have it more or less completed, hopefully. Meeting Maldon 8am or site from 8.30am